2023 Challenges, Are you part of the solution, part of the problem or sitting on the sidelines. 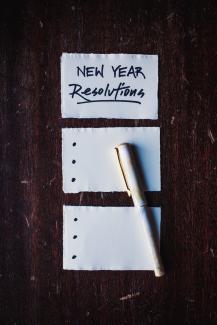 2023 Challenges, Are you part of the solution, part of the problem or sitting on the sidelines.

In 2023 each of us will have our personal and family blessings and challenges.  2023, like any other year, will be an opportunity to address our societal challenges or problems.  Following I have listed some of those challenges which I believe have effected our country and will continue to do so.  They have and will continue to social costs along with personal costs.  In no particular order:

All the above challenges are addressable.  None of them will be solvable in 2023, but we as a country in 2023 can work towards addressing them in a positive manner or making them worse.  It's a choice.

Everything I have mentioned above is factual.  Each of the events above are not coming, they are happening.  I will write more about each of them along with other trends.

After my Long Term Trends presentation I have been told it's depressing.  I get the comment, but do not agree.  Depressing is when a society looks the other way when children are being shot at school.   Depressing is also children who do not conform to someone's definition of normal are harassed and bullied at schools.  Depressing is electing politicians who watch our country being continually hit by all types of natural disasters and pretend its not happening or simply normal.  It is happening and it is not normal.

Make 2023 a good year.  Enjoy time with family friends, or  for some of us, simply being by our self.  A combination of all three is often a good mix.  Appreciate all the blessings live has to offer.  At the same time, we have multiple challenges as a society.  That is always the case.  In 2023, you can be a positive force for addressing problems, negative, or simply sit on the sidelines and hope nothing affects you, your family or friends.  My number one priory going forward is the same as it has been the past few years, be an advocate for my grandchildren until they are old enough to be their own advocates.