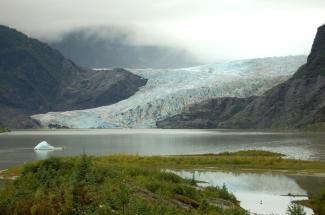 I am not a cruise person.  We did one before in the Caribbean and I said I was one and done.  This was weeks before the cruise actually started.  It was a conference which I was expected to attend so I did not have a lot of choice in being there.  As bad as I thought it would be, it was actually worse.

Given this, the Alaskan Cruise we just did was a very pleasant surprise.  I thoroughly enjoyed the cruise.  By cruise standards, this was a smaller one, about 2,000 passengers and 800 staff.  It never felt crowded.  As expected the food was good.  We ate in the buffet most of the time and with one small exception, stayed with the salad bar and vegetables. The exception for me was trying two desserts with each meal.  I felt was the polite thing to do as the staff worked very hard to prepare them.

An interesting part of the cruise for me was the global aspect. There were passengers from various countries.  More interesting to me was the staff who were from a wide variety of countries.  Whenever I had the chance, I tried to visit with staff asking them about their background and if the enjoyed working on a cruise.  Many had worked on cruise ships for years, appreciated an opportunity to see the world while working and seemed to genuinely enjoy their work. Those from less developed parts of the world were able to earn a better living than at home and were often supporting families.  For me, the cruise was an example of how global commerce can be and should be.  Individuals from all over the globe working together.

The two parts of the cruise that stood out for me was the scenery, especially the glaciers, and excursions.

We did a total of three excursions while on the ship.  We skipped excursions when stopped in Juneau as our son, daughter-in-law, who is from Juneau, and granddaughter were in Juneau at the same time.  We spent the day with them and did a very cool 7-mile hike up to a waterfall.  This was the best day of a really great trip.  Juneau is a really cool city and we were looking forward to returning to it a week later.

We did one excursion while in Ketchikan and two while in Skagway.

Harriet Pullen is an example of problems when only men write history.  She came to Skagway in 1897 with seven dollars to her name and died a wealthy woman in 1947.  She was able to get a job working for Captain William Moore and then began selling home apple pies on the side.  Years later she established the Pullen House which was one of Alaska's most luxurious hotels.    She made a historic contribution to the economy and life of Skagway.  Understanding the challenges women face today because of sexism, it is hard to imagine all she overcame to reach success, especially in the male-dominated world of gold-rush Alaska.  I am going to tell my granddaughters about her, everyone should.

We saw a number of glaciers over the entire tour.  On the cruise ship, we got a close of view of both the Harvard and Yale glaciers.  The captain of our ship was able to bring us within a quarter of a mile of the Harvard glacier and we were lucky enough to watch calving take place.

Due to climate change, Alaska's glaciers are melting.  It is estimated Alaska's glaciers are losing about 50 gigatons of ice per year.  Research done at the University of Alaska Fairbanks has found that in the last 50 years, Alaska has warmed about 4 degrees Fahrenheit.  By comparison, the rest of the planet has risen by 2 degrees in the last 50 years, according to government data.  As a result, for example, the Spencer Glacier has 12 inches of surface-ice loss every day which leads to about 100 feet off the glacier’s face each year.

As an aside, after I returned I was visiting with a friend about our tour and told him the effect climate change was having on glaciers and the historic high temperatures Alaska has had this year.  He said Montana was having above average rain.  I pointed out the difference between weather and climate change.  If you are interested, an excellent Ted Talk on the difference is "3 kinds of bias that shape your worldview" by J. Marshall Shepherd.

By the way, I did not see Russia at any time on the cruise.