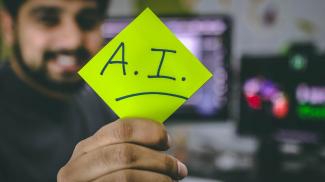 April is an interesting month.  It's the first full month of spring.  It is also an interesting month for a couple of other reasons.  April 15th, is the due date for income tax filing, so for many, it tends to be a grumpy month.  Also, for investors, it is the beginning of the second quarter and they are receiving their performance reports from the first quarter.  Many will believe they have made or lost money the first quarter based on the numbers in the performance report.  If the report shows a decline from the previous report, they may also be grumpy.  Between taxes and performance reports, it can be a very grumpy month for some households.

I understand why April 15th can be stressful.  Years ago, it was for me also, mostly because I waited until the very last second to work on taxes.  That strategy did not work for tax filing any more than it did in college studying for a final.

The last time I personally thought anyone made or lost money looking at a performance report was the late 1980's after the stock market crash of 1987.  Until October of 1987, the stock market, as measured by the S&P Index, had seen significant increase in market value during the course of the year.  However, on October 19th, the stock market declined -23% in one day.  There were economic reasons for this, but there were also failed investment strategies such as program trading and leveraging along with many investors making ill-informed emotional decisions.  For the record, even with the October decline, the S&P Index had a gain for the year and by the end of 1989, the market value of the Index exceeded its high in 1987 before the crash.

Regarding taxes, the time to begin planning for April 15th 2020 is 2019.  Regarding performance reports, I would suggest it is important to be aware of current economic conditions, but more important to understand personal investment objectives, current asset allocation, theoretical volatility risk and theoretical expected return.  And finally, understand the only time anyone makes or loses money on any investment is when it is sold.

I may be wrong, but I believe how we as Nation address all of the above issues, some of which are inter-connected, will lead to either positive or negative long-term economic consequences.  They are challenges, but I would suggest with challenges come great potential.

Take some time to consider the above potential long-term trends and possibly consider others you may identify.  Do your own research using qualified independent sources. Finally, I suspect these are issues that many National politicians wish to avoid because they are complicated and often require difficult decisions.  Do not let them do so.  If I am correct, these possible long-trends may affect tax policy and personal financial security for years to come.