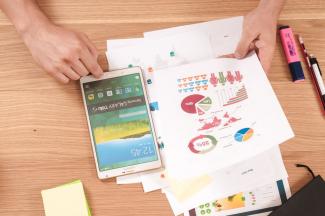 investors are or soon will be receiving the year-end Performance Reports for their investment accounts.  Before looking at this or any Performance Report, investors should ask themselves are they important and if so why?  What is the value of a quarterly or year-end performance report?

Which investor had the highest return on the stock they owned?  Obviously, they all had the same return in that they each paid $10 per share and five years later sold for $15 per share.  Given this, what was the value the Performance Reports each investor received quarterly until the stock was sold at the end of the fifth year?

Before going farther, it is important to understand what a Performance Report does not do.

What the performance report may tell you is the following:

Of the above, personally, I find the increase or decrease in market value the account in general or specific holdings irrelevant.  The reason is the return does not predict the future nor does it tell an investor what the gain or loss of a holding or the total account will be when it is sold.  Market values, especially during certain time periods, can change so quickly for a variety of reasons.   For this reason, the gain or loss over a specified time period has, in my estimation, no real value.

What does have relevance in my estimation?

The current allocation.  This will help tell an investor the volatility risk in the portfolio.  For example, a portfolio, which has an allocation of 60% bonds and 40% equity, has significantly less volatility risk than a portfolio, which are 20% bonds and 80% equities.  If an investor does not like volatility, then an allocation which is conservative or moderate will have, at least theoretically, less volatility and likely be more attractive than an aggressive allocation.  Of course, again at least theoretically, an aggressive allocation has a higher potential return.

If the report lists the net contributions for each holding along with gain or decline since inception for the holding, I find this valuable for several reasons.  Each holding may be reviewed with the following objectives.

In summary, in my estimation, a quarterly or year-end performance report has no value in terms of evaluating or predicting return.  It does have value in reviewing the current allocation along with existing unrealized gain or loss of holdings.