The Assault on the Capital - Whose Responsible? 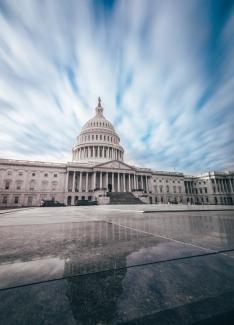 The Assault on the Capital - Whose Responsible?

To me, as a lifetime independent-moderate, seeing an individual who votes for someone in a National election because they belong to the same political party makes about the same amount of sense as the individual voting for a candidate who has the same last name.  Political parties have changed so much over my lifetime, sometimes for the better, often for the worse, I would suggest they have little if anything in common with the version forty years ago.

I have told this story often, but when I still owned my firm, I first thought the soon to be ex-President could win in early 2016 when clients who six months earlier had told me could not believe the current President was even being considered by their party were now going to vote for him because of their political affiliation.

I would be surprised if the President has changed his values or priorities very much in the past four years, but it clear to me many of his supporters did change their values and priorities.

For the record, I was neither surprised nor shocked, but like most of the country, I was very saddened and disappointed as I watched the attack of our Nation's Capital by home-grown terrorists.  And let's be clear, this was not a peaceful protest, this was an act of terrorism and insurrection on our Nation's Capital with five people dying including a capital police officer who was protecting members of Congress and their staff.  We came very close to having members of Congress and their staff from both parties being murdered in the Capitol Building.  Very close.

Again, I was saddened to tears, but neither surprised nor shocked this act of terrorism took place.

The President is receiving most of the blame as he should, but I would argue there are others who are complicit. If you put a piranha in your fish tank and it eats all the other fish, that's not the piranha's fault, it's yours.

I believe members of Congress who supported the President's false statements that he won the election are partially responsible.  It was verified state after state by members of both parties and the Judicial system that the election in each state was fair.  To say otherwise is simply not true.  The fact that the President tried to intimidate election officials in Georgia who were members of his party and voted for him is evil.  That Nationally elected leaders from his party did not object to this is a greater evil.

In the July/August issue of the Atlantic, Anne Applebaum writes a lengthy article entitled "History Will Judge the Complicit" in which she discusses collaborators of Nazi Germany and then after WWII Eastern Block countries under the control of the Soviet Union who supported the authoritative and anti-democratic policies of those time periods because of their own self-interests.  She compares them to many of our Nationally elected today who supported the President because, in the article's opinion, their own self-interests.

I have read that Nationally elected leaders who did support the reported official results are in violation of  Title 52, Section 20511 of the United States Code which states anyone who “knowingly and willfully deprives, defrauds, or attempts to deprive or defraud the residents of a state of a fair and impartially conducted election process” for federal office can be punished by up to five years in prison."  I would support any effort to recall any member of Congress who objected to the Electoral College Count.

There are some who believe the President actually won the election just like there are some, who believe we did not land on the moon.  Being ignorant is legal in the US as is supporting ignorance.  However, there are costs to ignorance, and one of them the potential loss of democracy.  The terrorists who stormed the Capital felt emboldened in part because they felt political leaders, media outlets supported them.  If you actually believe the National Election results were not accurate with absolutely no supporting evidence, then you also have to believe all the votes for Congress and state officials and initiatives are also not valid.  And you are wrong on all counts, no pun intended. However, if you accepted the Election results but then looked the other way or made some excuse when confronted by those who did not, be it other citizens or media outlets, you are also partially responsible for the attack on the Capital along with the resulting deaths.

Early in the soon-to-be ex-President's administration, I read the book "On Tyranny: Twenty Lesson, from the Twentieth Century" [February 2017] written by Dr. Timothy Snyder, a history professor at Yale.   In the book, Snyder discusses how in the 1900s European countries turned to fascism, Nazism, and communism and the twenty lessons on tyranny we should learn from this time period.    Much of what he discussed has happened the past four years and ultimately led to the assault on our Capital.

One last thought.  At this point in my life, a primary purpose of mine is to be an advocate for my grandchildren. We almost lost democracy on my watch.  I will work very hard to make sure that does not happen again.