Bill Gates, conspiracy theorists, and elevators that do not reach the top floor. 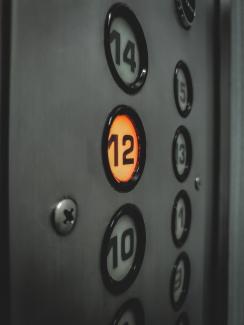 Bill Gates, conspiracy theorists, and elevators that do not reach the top floor.

I was listening to a just-posted Ted Talk in which Bill Gates is being interviewed by Chris Anderson, the head of TED, regarding the coronavirus.   In the interview, Anderson referred to a recent poll that found over 40% of a major political party believed Bill Gates was going to use the vaccine to implant a microchip in each person to track the person going forward.

I immediately thought to myself that cannot be true.  In any population, there a few that elevators which never make it to the top floor, but 40% of a major political party, no way. I did some research and it turns out it is true.  A poll done by Yahoo News/YouGov found that 44% of one major party believe Gates is planning to implant microchips into billions of people.  The other National party was only better, by comparison, about 19% believed this.

These people need professional help.  I would suggest two options.

You do not have to take my word for this, if you Google "Bill Gates and vaccine conspiracy" you will find numerous articles from credible sources, USA Today, Yahoo News, CBS News to name a few which point out this conspiracy like all most all others is false.  Some of the articles do detail what Bill Gates has said and technology which may be helpful in dealing with this and future pandemics.

The Bill and Melinda Gates Foundation did fund a pilot study conducted by MIT and Rice University researchers looking into the potential for a device that could impart an invisible mark detectable by a smartphone.  A primary benefit is with the person's permission, this mark could be scanned and provide personal vaccine information to health care providers anywhere in the world. In other words, for those who need to start school again, its a very tiny itsy bitsy teeny weenie invisible tattoo containing a personal record of health information.  It would be the equivalent carrying a health care file around.  It would have no tracking ability.

Anyone with an IQ in low double digits, even high single digits would understand this.  We can have an informed intelligent conversation if the invisible mark is a good idea.  I would suggest the conversation does not matter.  In the future, I suspect to obtain any form of public health care, it will be required to have one's personal health history accessible at all times in any place.  One means of storing this is an invisible imprint that can be updated on an ongoing basis.   Or in other words, it would have same tracking ability as a file folder which contains your immunization records developing legs, wings or both and following you around wherever you go.

So why is this conspiracy theory happening?  I have a conspiracy option of my own.  Very wealthy people who in one way or another are benefiting financially from the pandemic and do not want it to end.  They are paying politicians [its called political donations] along with talk radio hosts and cable TV political shows, [its called advertising and soft money] to promote the theory.  Finally, through the use of bots, they are funding directed ads on social media platforms targeting gullible people.  I have no research or data to support this claim, in fact, I just made it up,  but it makes as much if not more sense than the above.  When in doubt, follow the green.

For the record, Bill and Melinda Gates since 1994 have given over $45 Billion to charitable causes including almost $600 million in 2019.  In the past few months, the Gates Foundation has committed over $250 million to fight the coronavirus worldwide.

Everything I have read on Bill Gates from the time he founded Microsoft and for years after as CEO, a position he left in 2000, it is clear Gates is a brilliant innovator and businessman, but I also suspect he was ruthless with competitors. This is very common among successful businesses and their CEOs.  At the same time, it is clear the Bill and Melinda Gates Foundation is doing good in the world, especially in the arena of global health.  It is also clear, conspiracy theorists, especially talk radio hosts, cable TV political show hosts, and those paying for these types of ads on social media are doing evil.

Chris Anderson, who is the head of TED and a very successful entrepreneur and businessman and has known Bill Gates for years said this during this TED Talk, "TED is non-political, but does believe in the truth".   He went on to say, anyone watching this who believes Bill is involved in a conspiracy, “you want your head examined, you are crazy".  If you do not agree with this, contact Chris Anderson at TED and convince him, he is wrong.  Let me know how that goes.  In an open debate with Chris Anderson, you will be bringing a plastic butter knife to a gunfight.

Thomas Jefferson is thought to have said "An educated citizenry is a vital requisite for our survival as a free people".   Conspiracy theorists have the right to their opinions, its called free speech.  This right exists even when the opinions are ignorant and uninformed with no scientific research to support them.  But the rest of us, who do have elevators that go to the top floor, must be vocal about this ignorance.  Not to be over-dramatic, but I would suggest our economy and democracy depend on it.