Bullies and Use Your Kind Words 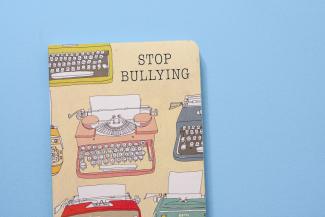 Bullies and Use Your Kind Words

My 3-year old granddaughter after a year of self-quarantining returned to preschool.  She was excited until she found out there was a young lad in her class that liked to hit, especially her.  Of course, I immediately offered to come to her preschool and meet with the young gentleman and his parents about inappropriate behavior.  I know the teachers in the class have discussed the issue with parents, but I felt as a totally unbiased third party, I may be able to facilitate the conversation in a thoughtful manner.  So far, this pre-school has rejected this thoughtful offer on my part.

At the same time, I could visit her older sister's 1st-grade class.  After doing kindergartner virtually, she is finding there are some mean kids in her class.  So far, none of my "I am here to help" calls have been returned by the school.  I probably should not have mentioned I am an obsessive obnoxious grandparent.

What really bothers me is this is the beginning of bullying.  Something my granddaughters are going to have to deal with for the rest of their lives, especially as females.

We think of bullying in the school systems across our Nation.  Many of the stories we hear are heartbreaking.  But what does not get enough discussion in my estimation, is bullying is common throughout our country for adults.

I am not sure what percentage of adults are bullies.  Maybe it is like the jerk rule.  The jerk rule is what percentage of adults are jerks.  A while back, I listened to a discussion about this.  The high estimate was 20% and the low estimate was 5%.  I tend to think it is closer to 5%, but they get around a lot so seems like there are more of them than there really are.

Maybe it is the same for bullies.  But my concern is the percentage of bullies is increasing in our society and many of us are accepting it as normal.

I am concerned we as a society are accepting bullying as normal.  It's not.  Thoughtful intelligent people can disagree without being disagreeable.  I would suggest adult bullies have at least two things in common.  One they are cowards as most often they attack individuals either anonymously or individuals the bullies believe are powerless.  Two, they are ignorant. They cannot talk intelligently about issues facing our country so they resort to bullying.   For the rest of us, saying nothing or not objecting to adult bullying, is the same as accepting it.

My grandchildren's parents have very few rules, but two are "use your kind words" and "be nice".  Do they always do so?  Of course not, their kids. But none of us always live up to these forms of the "golden rule".  But we can try, and one way we try is by not accepting or looking the other when bullying behavior takes place in our society.

All of my grandchildren as they grow up will find there are bullies in the world.  Our job as grandparents is to make sure we neither accept nor implicitly condone bullying behavior.