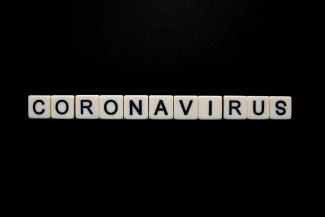 I did my first marathon this past week.  It was not a traditional marathon.  I was attempting to walk from the bedroom to the living area in our MN Condo.  The reason it felt like a marathon was I was dealing with Covid.  I did make it, but I did have to take a break in the second bedroom along the way.

I am not a runner and would not even consider running a marathon or across the street at this point, however, I have done multiple centuries on my bicycle including one that was 120 miles into wind and rain.  It was infinitely easier than the walk from the bedroom to the living area.

Over a week ago, I was not feeling well with cold/flu symptoms.  I did take a home Covid test which was negative.  A couple days later I was pretty sure it had morphed into sinus infection.  I went to a local Urgent Care when it opened and got in line.  After a few minutes, I realized I could no longer stand so slid, not very gracefully, down the wall to sit on floor.  A bit after that an angel, otherwise known as a nurse, saw me and brought me a wheelchair.  You know you are really sick when all the rest in line in Urgent Care move away from you because they do not want what you have.

The staff at Urgent care were wonderful.  After multiple tests it was decided I was very sick but could go home.  The Doctor gave me a prescription for the sinus infection.

Finally he gave me a Covid test.  The difference between the home and Clinic Covid test is the Clinic uses a swab that is about two feet long.  They put it up the nostril, past the eyeballs and when touching the bottom of the brain, take a sample.

One of the most interesting and saddest parts of the Urgent Care experience is I asked a worker how she was doing.  She said everyone was exhausted.  They were overworked and understaffed.  In short, she said they were all in survival mode.  Keep in mind, every day they spent all day dealing with people like me.  And they are are angels.  They have to be, mere mortals could not get it done.

This individual was representative of our health cafe system overall.  The US health care system is overworked, under-staffed, under-appreciated and under-paid.

There are a lot of reasons, but for me, one is former President and his supporters.  They simply do not understand health care, long-term planning or in the bigger picture, science.

Starting with FDR, US Presidents have embraced public health and science as part of their overall Administrative policy.  This ended with the Trump Administration.  Note the following quotes:

The reality is Covid is not going away.  With the number of unvaccinated in the US and continuing variants, we will be dealing this for the duration and the pressure it puts on our health care system

We cannot go back and change the past, but what you can do is is not vote for any Trump supporter in the upcoming mid-term elections.  Not only is your personal heath along with your families health at risk by Trump supporters, but so is our overall health care system.

There is not a doubt in my mind the US poor planning and response to the Covid pandemic will go down in history as one of the greatest failures ever by a President and Administration.  It is up to each of us to make sure it does not happen again.