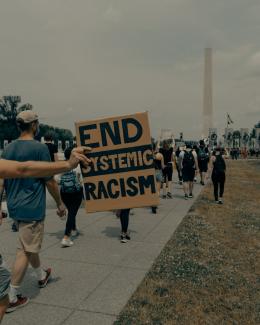 Some parents, politicians and political shows are concerned about critical race theory [CRT] being taught in public school as early as kindergarten.  This is interesting because there is no record of it being taught anywhere in the public system at any level.  CRT is an academic theory taught at the undergraduate and graduate level.  One way of describing CRT is it an academic discussion of institutional racism embedded in government agencies.

For example, in his book, "The Color of Law: A Forgotten History of How Our Government Segregated America" by Richard Rothstein, Rothstein talks about "redlining".  Redlining was initiated in the 1930s and used by Federal Agencies including Federal Housing Administration [FHA].  Redlining were color coded maps of every metropolitan area in the country designed to indicate where it was safe to insure mortgages.  Anywhere where African-Americans lived were colored red to indicate to appraisers that these neighborhoods were too risky to insure mortgages.  Neighborhoods and developments of white working families were coded differently giving them with access to credit so they could buy homes.  African-American working families not having access to credit were not able to participate in the American dream, owning one's own home.

The Underwriting Manual of the FHA, stated that "incompatible racial groups should not be permitted to live in the same communities." This meant loans to African-Americans could not be insured.  In Detroit in the 1940s, a developer could not get a project approved until he built a six-foot wall between his proposed development for white families and nearby African-American families.

CRT does not mean individuals or groups are racists, though obviously some are.  What it means, in this example, is working African-American families not having the same access to credit as white families and this has had an ongoing rippling affect leading to  today's disparity of wealth between Blacks as a group and Whites as a group.

So why are some people upset about something that is not being taught in public when until a few months ago, that they could not have picked out the definition of Critical Race Theory in a multiple choice question even if the only possible answer listed was A.  I suspect there several reasons.

The controversy regarding CRT, coming from individuals, politicians, and/or political talk shows is inspired by a combination of ignorance and racism.  February is Black History Month.   If you are concerned about racism in America, learn about the history of racism and slavery starting with 1619.  If you want to act agains racism, use your vote and pocketbook to fight against states which are passing voting laws primarily making it more difficult for people of color.

One last thing, today's children are no more responsible for the history of slavery and racism in our country then I am responsible for the people who look like me, but spew an evil false narrative on racism and promote white Nationalism.  I am firmly convinced the key to our social and economic future is equality, diversity and education.