Cutting Taxes and Your Retirement 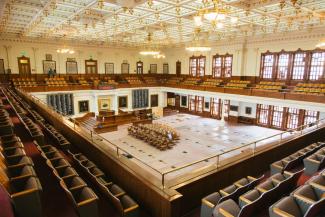 Cutting Taxes and Your Retirement

A politician who runs on cutting taxes is actually saying, "charge it" and "let's send the bill to your kids or grandkids."

In my presentation, "Long-term trends that may affect your retirement", one trend I discuss is Federal income and expenditures and resulting federal deficits.  Before the pandemic, I believed the federal deficits would be a major factor for long-term financial security for retirees, and the federal financial situation is much worse now.

First of all, as an independent moderate, I have no loyalty or allegiance to any political party.  A while back, someone I respect greatly said to me, "When it comes to federal spending, we have two political parties, tax and spend and borrow and spend".  I completely agree with this.  The political parties may spend on different things, but they both spend.

Since 1940, the US has had very few budget surpluses.  The last being 1998-2001, the last three years of the Clinton Administration and the first year of the Bush Administration.  Since then, like most years before, there was a deficit each calendar year.  Friends from each political party always blame the other political party.  At this point, since I have not heard anything new in years, nowadays when this happens, I take a sip of my wine or beer, smile, stop listening, and go into one of my happy places.

What is not included in the study, is during the same time period, the current administration disbanded the NCS team responsible for pandemics.  The administration also proposed cuts in the CDC budget.  We are now spending literally trillions increasing our deficits because National leaders did not understand financial responsibility, risk management, or long-term planning.

Which leads to this, a politician proposing a tax cut in this environment is the equivalent of a baby boomer voluntarily going from working full-time to part-time, running up a charge card to spend the same amount plus a little more, and then handing the bill when it comes due to their children and grandchildren.

We can come out of this better, but cutting taxes will hurt, not help our long-term financial security.