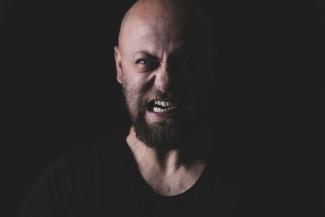 I have been reading about "dry January".  Dry January is when an individual gives up all forms of alcohol for the month of January.  I have been thinking about doing this, but since January had already started when I learned about a dry January, I decided to postpone it.  I have decided to practice dry January in January of 2055.  This gives me plenty of time to plan for it and given my health history, it is very unlikely I will be around in 2055.  And if I do beat the long odds, probably will have forgot I made the commitment.

Besides, for me anyway, probably not a good time to participate in a dry January.

A few days ago, I took my first Covid test.  I had been traveling and did not feel well one night with a massive headache all night long.  I took the test and thankfully the results were negative.  Somewhat surprisingly, the test did indicate I may be pregnant.

I may have had a minor bug, but I did realize that one reason for the headache may have been I am so angry.   My older sisters have told me that when I was a very little guy, I used to throw temper tempers by laying on the floor banging my hands and head into the floor.  This may explain some of my poor grades in school.

The unvaccinated are continuing to devastate our health care system and drain our economy.  There are some who say that they had Covid and were fine, like a cold or mild case of the flu so need to be vaccinated.  THAT'S NOT THE POINT.  The point is we are all safer if everyone is vaccinated and our economy can return to normal faster. I know that an unvaccinated individual who reads this will not get vaccinated.  They believe if they get Covid they will be fine, and statistically they are correct.  Of course they may join the group of unvaccinated who end up in the hospital and die.

Another reason for my anger is the move in parts of the country to suppress voting rights.  I truly believe these laws will lead to political turmoil, social disfunction and economic decline.  I recently listened to an interview of a business journalist who had written on article on daycare in the US today.  As an aside, the interviewer asked the journalist about an article she had published about her being a direct descendent of a man who was a slave owner in Mississippi, a colonel in the Confederate army, became a senator from Mississippi and wrote the Mississippi literacy laws after the Civil War. The literacy laws were one of the reasons it was almost impossible for freed black people to vote.  Most black people and many white people were illiterate at that time, but for white voters who could not read, the white election officials gave a verbal test which they passed.  Black voters did not pass the verbal test.  Go figure.  Just think how much better off our society, economy and country would have been if black people been allowed to participate in the voting process freely and fairly from the very beginning.

Now fast forward, in 2014, 62.2% of the US was non-hispanic white.  By 2060, it is projected that non-hispanic white percentage of the population will decline to 43.6%.  How is this increasing segment of the population going to feel as they learn that voting restrictions are being enforced against them.  Keep in mind, this was the most scrutinized election in American history.  I have actually watched some members of Congress and their followers say that the Presidential votes were not correct, but the same ballots for that specific member of Congress in that district or state were accurate.  To say that is insane it an insult to the definition of insanity.

The best way to protect democracy and our economy is to implement to procedures.

Ok, now after going public with my anger, I feel better.  And no, I am not going to go have an adult beverage, I am going to go meditate, a health activity I have tried before and am doing again.  I really need the peace that can come from meditation.