Good ways to lose money in the stock market. 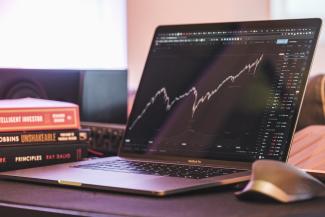 Good ways to lose money in the stock market.

The tried and true means of losing money in the stock market is to buy high and sell low.  Now this seems silly, and it is, but many investors pursue this strategy.  Often these type of investors see the market going up, see positive numbers and decide to invest in one or more stock funds.  Then they get statement and see the market value has declined, decide they are losing money and sell at a loss.  Then they see the market is going up and decide to invest in stock fund again.  They they eventually receive statement during decline, decide they are losing money and sell.  After doing this a few times, they decide the stock market is rigged and investors always lose money.  Neither statement is true, these investors are a combination of ill-informed and very silly.  Very very silly.

Related to the above, many investors look at their personal average annual return during a market decline which at the bottom of the market is often not very good and decide they can do better elsewhere.  In so doing, they choose to ignore historical returns of stock market as measured by the S&P Index which started in 1926 and consisted of 90 stocks.  From 1928 thru 2021 the Index has had an average annual return of 11.82%.  Since the Index was updated to 500 stocks in 1957 it has had an average annual return of 11.86%.  Does this mean the average going forward is going to be 12%.  Absolutely not, there are never guarantees for the future.  But an investor who ignores long-term historical averages based on short-term returns may be affecting their long-term financial security and ability to retire and stay retired comfortably.  It's  another silly move.

Another way to lose money is to follow the very big, but often not very bright elephants over a cliff. When the stock market is undergoing a steep decline, some investors panic and sell because they think the big elephants are smarter then they are.  Some are and some are not.  Some of the big elephants, like hedge funds, are selling or more accurately being forced to sell because they leveraged or margined their holdings to buy more of the same holdings.  If the holdings go up in value, they make great, sometimes huge profits.  However, if they go down in market value, they will get margin calls which means they have to come up with cash to pay off the debt or be sold out at a loss.  Often they do not have any cash to pay off their debts so the holdings are sold out to cover their debts. As was in the case in 2008, these sales to cover debts can come in waves, millions and even billion dollar waves during the sell off.  When the margins have been covered, [debts paid] the market often stablizes.  A rookie mistake is assuming big money knows more than you, some do, some do not.  At least you were smart enough to know not to borrow against your stocks to buy more.

In some ways the stock market is very complicated and in other ways, very simple.  I would suggest and strongly believe one of the best ways for an investor to enhance long-term success financial success is to work with a fee-only CFP®.  CFP®s have passed rigorous exams to be obtain the designation and fee-only means they are paid directly by you, the client.  They have no conflicts of interest and are not being compensated by investment companies or insurance companies to sell their products.  When the stock market is going up, it is a pretty easy ride.  But when its going down, having good long-term advice from someone paid to represent your best interests can make the difference between reaching your long-term financial goals and not being able to do so.

Finally, one last thought when you look at your statement, if it has declined you have not lost money unless you turn a paper decline into a realized loss.  Conversely, if it has gained, it is a paper gain.  The only time you actually make or lose money on any investment, be it real estate, a business you own or in the stock market is when its sold.  A valuation is simply that, a valuation.  You simply do not know your gain or loss, or average annual return until you sell.  Too often, the average investors makes an emotional or ill-informed decision to a short-term market or economic event.  That's silly, do not be that person.