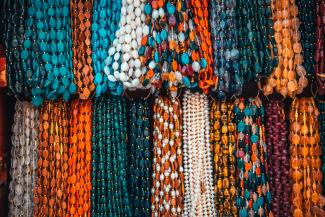 This summer we were able to have our first family gathering in over two years.  Last year it did not happen because of the pandemic.  This year it almost did not happen because of the Delta variant and the millions of Americans who put all the rest of us at risk because they refuse to get the vaccine and wear masks.  I was especially concerned about my grandchildren who are not yet old enough to be vaccinated.

I gathered the grandchildren for the first of hopefully many Papa grandchildren meetings.  First of all, I said I am so thankful and grateful we could all be together, especially considering the increased risks of travel at this time because of the anti-vaxxers.  One of the grandchildren is a baby and babies generally do five things their first few months, eat, sleep, cry, lay around looking adorable and we all know the last option.  When I mentioned the anti-vaxxers, he chose to cry and do the fifth option.  I don't think it was a coincidence.

I then asked if any questions.  One asked why I did have any hair.  I said because I gave it to her mother when she was born which was a very unselfish act on my part.  Another asked if I had a fat tummy.  I said no, my tummy is lean and mean, but I do surround it with a small layer of protective insulation.

I said we are going to talk about ethnicity.  What's that they asked except the baby who was back to being adorable. I said ethnicity can be difficult to define but one way is where your ancestors came from.  For example, my mom, who is your great-grandma Dorothy and is no longer with us, her ancestors came to the US from England, Ireland, and Scotland so part of your ethnicity is from these three areas of the world.  Where is your mom now one asked?  I said that is under theology and spirituality which is discussed tomorrow morning at our 9:00 am meeting right after breakfast and before we go to the park.

One asked what is the US.  I said the US is the United States of America which has never been perfect, but since the birth of the US, has and continues to be the greatest country in the world.  One asked if the birth of a country is the same as mommy giving birth. I said the birth of a country is very painful as is maintaining the freedoms of the country, but nothing is more difficult than giving birth.  That's why women who have babies are the toughest strongest of any of us.  The baby gave a big thumbs up when I said this.

Each of you is the mix and best of seven different ethnic groups.  Each group, your ancestors,  came to the US from other parts of the world, some hundreds of years ago and some more recently with the hopes of having a better life for themselves and their children.  All of them overcame hardships to make a life in the US.  What's a hardship one asked.  Remember when Papa stepped on one of your toys this morning and yelled a naughty word, that was a minor hardship.   My mommy said one grandchild, you should never use that word and Papa is a weenie.

An example of a big hardship is when Moana took a small boat called an outrigger canoe and sailed across the ocean-facing all kinds of difficulties to save her family and friends.  One grandchild said my Daddy took me on a paddleboard and he said when you tried, you fell off.  I said I did not fall off but chose to get off the paddleboard farther away from the beach than I had planned.

I went on, in the same way, all of us in the US may look and sound different, but it's our differences that make us great.  And we are all connected as citizens of this country.

I then said not everyone feels that way.  Do you remember Scar and the hyenas "Lion King"?  They were bad and did bad things.  I said sometimes bad leaders and their followers win for a while, but eventually, they will turn on each other as they did in the movie. Being kind, listening to each other, treating each other with respect, and most important, being strong in the face of adversity always wins out in the long run.  Just like all your ancestors who came to this country were strong when times were difficult achieving their dreams.

Each of you is special because of who you are which includes where your ancestors came from.  We then adjourned the meeting and went to the park where we saw lots of children from different backgrounds playing and enjoying the park and each other. Down the road they will be our leaders and our country will continue to be great because of this.