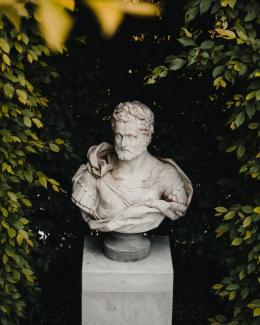 I recently received my first hate email.  I guess this is a rite of passage.  In all fairness, a while back I received an email from someone calling me a socialist.  Since the individual spelled socialism incorrectly, I did not take the comment very seriously.

The sender of the hate email started out by saying I was not an independent moderate but a liberal and then used a daily body function to describe the type of liberal I am.  This was interesting as, before this, I did not think body functions were either liberal or conservative, but normal.  I wonder from which cable tv or talk radio political show this individual learned that bodily functions are liberal or conservative.

It reminded me that back in the day, I had a client who whenever I disagreed with him, or more accurately, did not agree with him, he would call me a left-wing liberal.  This always seemed silly to me as no politician or follower, liberal or conservative, has wings in this life.  I would also be surprised if any of today's politicians or their followers will qualify or even get close to wings in the next life.

Out of politeness and a positive client relationship with this client I never mentioned that while he lived in a nice home in the city, I lived on a farm with no running water.  Or when my mother finished her teaching degree in her 40s with 6 kids and starting teaching at $350 per month, he was going to the family lake cabin on weekends.  Or between loans and work, I was putting myself through a private liberal arts college, his education was paid for by his parents. Though to be fair, my mother did pay for my last semester, mostly because then she could say she put me through college. Finally, when I was starting my business from scratch, he took over the family business. In baseball terms, he started on second base.

As I read this, it may be that being called a liberal or conservative or any label is a real hot button for me.  I wonder if there is a "labels" anonymous support group I can join.

The thoughtful articulate writer of the email also said I was wrong about the insurrection.  He said it was not an armed insurrection and the violence was a black policeman who shot an unarmed white woman.  He did not mention that over 500 rioters have been arrested so far and 21 have pleaded guilty to both misdemeanors and felonies.  He did not mention there was an investigation of the shooting officer and no charges were filed.  At the time the woman was shot, the video shows she was wearing the former President's flag and attempting to crawl through a broken window to get into the Speaker's Lobby.  The investigation found the officer along with other officers warned all the insurrections and the officers' actions may have saved the lives of workers in the Capital along with their own.  He also did not mention the insurrections walking through the capital chanting "hang" the former Vice-President.

Nor did he refute any of the facts I had in the email about the members of Congress from Wyoming and Illinois or the Senator from Utah, each of who have impeccable "conservative" credentials.  I wonder how long he would last in a monitored debate with any of them.

I was asked if I felt bad when I received the email.  I said no.  A long time ago, when a philosophy professor told me my paper was partially BS.  I felt bad, it was part BS and I knew it.  I upped my game and eventually got an A in the class.  For the record, philosophy is a combination of two Greek words, "philein sophia", meaning lover of wisdom.  Socrates is considered to be the founder of philosophy and our founding fathers were very familiar with the works of the ancient philosophers.  One definition of philosophy is the "study of the fundamental nature of knowledge, reality, and existence, especially when considered as an academic discipline".

There was no philosophy in the email I received.  In fact, it did not even qualify for bad BS.  There was nothing factual in it.  Simply name-calling and false accusations with no support.  Emails like this are easy to write, intellectually void, and ethically corrupt.

To progress as a country, we need to move past the individuals and groups which have nothing to add to a conversation with those with whom they disagree other than labeling them and calling them naughty names. Calling someone bad names, ignoring facts, and making up your own facts does not make you smart.  It makes you an obstacle to overcome for the rest of us to meet the current challenges of our country.