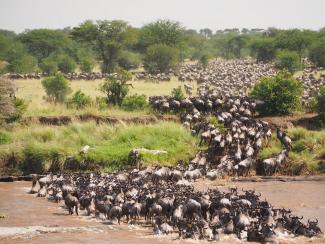 A man was waiting to cross a street when, unfortunately, he was hit by a vehicle driven by a distracted driver. Sadly, he died immediately.  Bystanders called the police and emergency first responders.  Upon arrival, both the police and first responders said the individual was deceased due to injuries from being hit by a vehicle. This was later confirmed by the doctors as he was still taken to an ER and examined by the ER doctor and finally the Medical Examiner.

This should be the end of a tragic accident and the beginning of grief for the individual's family, but unbelievably, it was not.

A local politician running for National office, his death was caused by underlying factors, such as he may have been overweight.  Though almost all the local media outlets reported the man died from injuries from being hit, one cable TV network along with a talk radio outlet interviewed the politician multiple times along with other individuals who had no knowledge of the accident and no background or expertise in health care who also said the individual likely died from pre-existing health issues, not the accident.  After a while, a small but significant percentage of the community were saying the individual did not die from being hit by a vehicle, but other existing health issues, though no one knew if the man actually had any.

Now all this sounds ludicrous, but is it?  Several times over the past few months I have had individuals tell me the people dying from the coronavirus actually died from other medical issues.   I have heard this on the golf course and in social gatherings.  Never on the bicycle because, and though there are exceptions, bicyclists are generally thoughtful, intelligent well-informed individuals.

Anyway, recently I was talking about the deaths from the coronavirus and one of the individuals kept arguing with me that these people would have died anyway because of underlying health issues. First of all, this is the equivalent of saying the man in the above example would have died anyway, sooner or later, from something else.  And second of all, its not true, tens of thousands of Americans have died from the coronavirus who had no other underlying health issues.

As of June 2nd, over 597,000 Americans had died from the coronavirus and new hospital admissions exceeded two million two hundred thousand.  At the same time, Americans continued to be treated and in some cases died for other reasons like cancer and heart disease.

To reach herd immunity, we have to avoid "herd mentality".  Think of herd mentality as a bunch of lemmings, running off a cliff following a bad leader, [our politician who said the man died for other reasons], listening to the loud lemmings behind the leader [the cable TV and talk radio outlets], and follow them off the cliff.  Though in today's real life, the followers may go off the cliff, the politicians and media tend to get out of the way at the last second.  Think of the insurrection on the Capital this past January.

It's ok to be part of a herd, I prefer not to be, but I have no social skills.  But being part of a herd does not mean you should give up learning in an unbiased manner and thinking for yourself.  In fact, if you are in a herd, you have a responsibility to question your own herd before anyone else's.

Given this, there is no question it is in all of our best interests, to reach herd immunity.  First and foremost, to reduce loss of life, second take pressure off the health care system as it still has all the other problems of today's life to address.  Third, to restore our economy to normalcy.  And finally, for those who are not uninformed, please think of the average cost for a COVID related hospital confinement and understand being uninformed is very expensive, for you and everyone around you.

I do not try to argue when I hear ignorance, but I do try to educate.  I am not trying to be difficult, I do believe my personal health and financial security along with everyone else's is in part based on individuals being informed in an educated science-based manner.