The Holidays, A Good Time for Goodwill and Self-reflection. 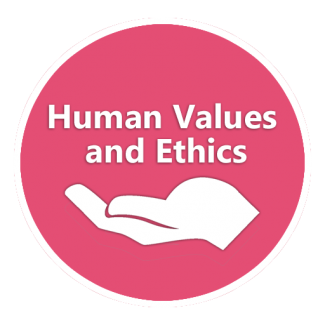 The Holidays, A Good Time for Goodwill and Self-reflection.

A long time ago, I attended a small Lutheran liberal arts college in Minnesota.  Our tallest Lutheran was 5'9".  I was actually in the back row of pictures.  Ok, I made all of that up, except going to a Lutheran liberal arts college.  The only time I have been in the back row of a picture is when it was also the front row.  Finally, just like any other denomination, Lutherans come in all sizes, small, medium, and large.  Some are also extra small and extra-large.

Though I had been accepted into two University engineering programs, I attended the liberal arts college to pursue a pre-seminary course of study.  I gradually realized my gift to the church was to never go to the seminary and become a pastor. It was a win/win.

Along with other areas of concentration, I did continue to study theology throughout college, especially Christian ethics. One of the most brilliant persons I have ever met was my Christian ethics professor in the theology department.  In addition to taking classes and independent study from her, I also would just go into her office to just talk.  We would talk for hours about ethics and moral behavior and applying them in the real world.  It was not until years later I begin to really understand what she was trying to teach me.

The past few years, part of my personal Holiday tradition has been to spend time in personal self-reflection.  I try and do this year-round, but believe it is especially important at the end of the year during the Holidays.  This Holiday Season, I have spent a lot of time thinking about ethics and moral behavior.

During the Holidays we talk about peace and goodwill to others.  At the same time, in the past year, many have objected to wearing a mask, practicing social distancing, some have even denied a pandemic is taking place.  I would suggest anyone who is standing on a street corner today singing Christmas Carols who did any of the above needs to take a personal time-out.  A very long personal time-out.

On a National level, we as a country have suffered thru an unprecedented contesting of the National Presidential election. Keep in mind there has been no doubt about the results of the election.  It has been upheld by state, federal courts and now the Supreme Court.  In addition, election officials from both political parties have affirmed the results.

There are numerous examples of individuals from the current President's political party who have objected to the lack of ethics and moral behavior of those contesting the election results.  One in particular from a Congressman of the same political party as the President has stuck with me.  The Congressman was quoted as saying, "When you end up where principles don’t matter, beliefs don’t matter, it’s just about who can be the loudest and kind of maintain power through raw anger and aggression, you’re no different than a lot of Latin American countries at that point.”  First of all, given the last few months, I would suggest this quote is an insult to most Latin American countries, however, the point he makes is profound.

My Christian ethics professor would say over and over, if there are not consistent ethical and moral beliefs, then there are no ethical or moral beliefs.  Going a step further, if political beliefs supersede consistent ethical behavior, then we as a country will all suffer. And that leads back to Holidays and ethics.  For Holiday wishes of peace on earth and goodwill to all to have meaning, then it has to take place on daily basis year-round in all parts of our lives.

Please enjoy the Holidays.  Spread good cheer.  When possible, be charitable.  I would also suggest spending some time in self-reflection.  The Holidays are a good time to ignore the speck in someone else's eye and focus on the log in yours.

On a personal basis, as I self-reflect, I can list the things I have done right the past years on one or two fingers. The things I have done wrong require fingers and toes, both mine and a few other people.  But this leads to another Holiday thought. We are a long way away from peace on earth.  However, if we continue to practice goodwill towards others throughout the year, especially with those with whom we disagree, we move a little closer to peace on earth.