I need a new name for Retirement 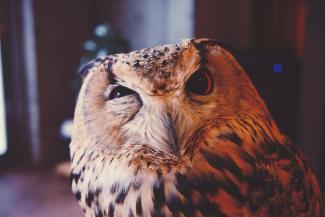 I need a new name for Retirement

For someone who spent his career helping people plan for and then enjoy retirement, it turns out I hate being told I am retired.  Drives me nuts, which I have heard is a short drive.

I have tried to come up with other names.  For example, I thought of country squire.  But first of all, I have not lived in the country since I was ten years old.  Also, the image that pops up is of a short fat bald man wearing tight pants and leather boots.  For the record, I do not consider myself to be short, but somewhat vertically challenged.  Also, I do not consider myself to be fat, but lean adjacent.

I then thought of another name, aristocrat.  But the same image pops up except now he wears a funny hat and rides a horse.  Also, I think of someone who hunts foxes by chasing them on a horse or hunts wolves by using a trap.  So aristocrat is out.

I thought of intellectual but first of all, I am not smart enough.  Just ask anyone who knows me.  I do find it interesting that for a country whose founding fathers, individuals like George Washington, Thomas Jefferson, Ben Franklin, John Adams and many more were highly educated and brilliant thinkers.  Today many in our country now listen to individuals whose personal intelligence buffets are missing quite a few options.  A few years ago, I read a book by Susan Jacoby entitled "The Age of American Unreason" which discussed this in detail.

I wonder what our founding fathers would have thought about individuals today who say they will not wear a mask and it is their right to not be vaccinated.  Keep in mind, diseases like smallpox, yellow fever, dysentery, typhoid fever, dengue fever, and malaria were rampant killers during our founding fathers' time period.  My guess is they would look at non-mask-wearing anti-vaxxers and say, please get on this boat and return to England or wherever, we do not want you in the Colonies.

Another thought was a scholar but again, I don't think I am bright enough.  Also, scholar often means someone who knows a lot about one subject.  I seem to know a little about a lot of things.  Just enough to be annoying at a gathering which leads to being rarely being invited to another one.  Maybe I should go with annoying, that may work for me.  And for the record, I am not annoying on purpose, it just comes naturally.

One of the reasons I do not like being told I am retired is the stereotype that comes with it. For example, I often get asked what I did today.  This is like asking someone to justify their existence.   Even if I did nothing, I still did something because doing nothing is actually doing something.  Right?

Or I might say, brushed my teeth, drank some coffee, ate a little breakfast, went on a 60-mile bike ride while I contemplated the meaning of life.  Normally I cannot multi-task, but am able to ride my bike and contemplate at the same time.  Of course, this may be the reason why I get lost every once and while on my bike as turns out I cannot ride, contemplate the meaning of life and follow directions.

So what really bothers me about the name retirement?  Not really sure.  Is it the image or stereotype of retirees sitting around complaining about any and all things or repeating the latest insane conspiracy theory they hear from either social media or cable tv political shows?  Of course, there is some of this, but let's keep in mind in all age groups, working and retired, there are individuals in which an intelligent thought would be a first-time experience.

The reality is many of the retirees I have met and know are thoughtful, well-informed, and work hard to stay informed on contemporary issues.  They also are living their best lives pursuing personal interests and activities whatever they may be.

For me, I do not have a name for it but will continue to do the things that I enjoy.  I want to be curious and strive to be informed.  I often review 10-20 articles a day from a variety of independent sources on various issues.  But most importantly, I need to be an advocate and voice for my grandchildren until they are old enough to speak for themselves. Not sure what I will call it, but it will not be retirement.