The Inauguration, Loss of Hair, and Taking for Granted 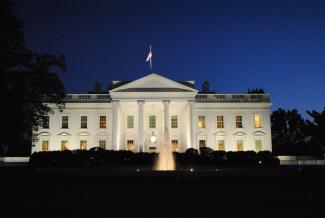 The Inauguration, Loss of Hair, and Taking for Granted

I never thought about losing my hair when I was growing up, in high school, or in college.  I just assumed it would always be there.  My brother, who was 14 years older than me, had a full head hear up until he died at age 60.  In retrospect, I should have taken into consideration out mother always liked him better.

In college, a friend of mine told me I was losing my hair and would be bald in a few years.  No, I said, I am not losing my hair.  Turns out I was wrong, I was and a few years later it was gone.

I never did what I noticed some guys were doing which was called a comb-over.  These guys had either one or sometimes two strands of hair left, but each strand was ten to twenty feet long.  If either or both broke free in a windstorm, the strand or strands could be absolutely lethal.  Like a couple of whips going back and forth.

I also never was interested in a toupee.  I figured I was a bald guy and that is who I was and I had a hard enough time trying to be myself.  Trying to be someone else was way beyond my skill level.

I never thought or appreciated having hair until I did not.  Was just something I took for granted until it was gone.

For some reason, I thought about my hair when I watched the Presidential Inauguration on January 20th.  Other than seeing a recap on TV later in the day, I have never watched an Inauguration before. Until January 6th, I took Presidential Inaugurations and the peaceful transfer of power for granted. There have been many in my lifetime and as a somewhat student of history, they have been going back to the beginning of our Country.

But this time was different.  Watching was very important to me because I realized just how close we as a country came to losing the peaceful transfer of power when a new President is elected.  Just like on the 6th when I teared up watching insurrectionists attack our Capitol building, I teared up watching the Inauguration.  I kept thinking, the peaceful transition of power was almost lost never to return.  I also kept thinking of my beautiful granddaughters growing up in a country where a party or group could take ahold of the Country by force and continue to hold it.

This is and always has been true for many parts of the world.  Russia, Iran, N. Korea are well-known examples but I never thought it could happen here. These countries and others like them may still have elections, but just like putting a toupee on a bald guy which may look good but the dude is still bald, the election in countries are really not elections at all.

Sadly, there are still some who are denying the election results.  Even sadder, there are some who are blaming other groups for the attack on the Capitol rather than the guilty ex-President supporters.  This is simply not true or in other words, a lie.  It is hard for me to believe anyone can deny this truth when one simply has to review the horrific videos of the attack with insurgents wearing gear and carrying signs supporting the now ex-president.  After the fact, some who are not being prosecuted are stating as their defense, they were doing the ex-President's work at his request.  I believe each of us as US citizens has the responsibility to reject any attempt to change the narrative from its truth.  The attack on the Capitol was an attempt to end the peaceful transfer of power in the US.

So today I am thankful and appreciative of a process, the peaceful transition of power in a true democracy, for which I will not ever take for granted again.  I am also thankful I am bald as I do not have to waste time and money on hair care.  A couple of quick trims on the sides once every few days with my electric razor and I am good to go.  I will now dedicate the hours I am saving each week to oppose those who wish to take democracy from me, something for which I will never take for granted again.