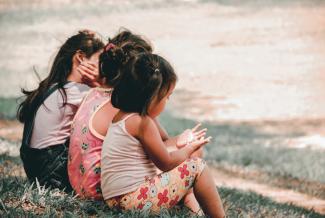 Earlier this year I was visiting with a guy I had just met at a social function.  He was telling what a great year he had in 2019.   He said and he and his wife took a couple of vacations, remodeled the house, and tried out a lot of new restaurants.  Finally, he said he made a great contribution to the economy.  And the best part, according to him, was that he cut his hours at work so he had more time to enjoy life.

I said, let me get this right, you spent more money and cut your income, how are you going to pay for this?  He said he financed it using by using a new type of loan.   What type of loan is this?  He said its a family generational loan.  He said he only has the pay the interest annually and the interest is tied to the 10-year Treasury Note which is at historic lows right now.  I asked what happened if you do not pay any principal.  He said, the debt goes to his kids and if they cannot pay, their kids, his grandchildren.

Do they know about this I asked?  He said no, they will receive a notice when he dies.  Do you have any grandchildren?  One he said. and she just turned one.  He said she is very sharp, can say a few words, and is starting to walk.  It's a good thing she is smart because she is in debt years before she will know what that word means.

So I said, you borrowed a bunch of money, are paying just the interest and sticking your children and grandchildren with future interest payments along with the principal.  He said when I say it like that, it sounds selfish.  But then he said, don't forget, I helped the economy by spending.  I said you borrowed money which you do not plan to pay back.

He then said interest rates are really low so the required interest payment is minimal.  I said, did you know that the interest rate on 10-year Treasuries peaked at 15.5% in the early 1980s.  He said he did not know this.  No surprise there.

I know this conversation seems far-fetched, but is it?  Let me ask people in my age group when the US went to war in Afghanistan and then Iraq, what was your tax surcharge for the costs of the war?  Your answer will be there was none, in fact, there was a tax cut during that time period.  I would then ask, how much of the wars were financed with deficit spending including simply off the books?  Essentially the US increased its expenses, cut its income, and sent the bill to our children and grandchildren.  According to a study done at the Watson Institute at Brown University in January 2020, the US has spent or obligated $6.4 Trillion on the wars and unless paid down, the interest on the debt could reach $8 Trillion by 2050.

A recent study found the top 10% of the wealthiest in America control 84% of the total stock holdings.  In 2017 the US reduced taxes.  According to a report in 2019 issued by the Congressional Research Service, the tax cuts of 2017 provided only a fraction of the economic gain in 2018, the economy's strong performance came largely from factors already in place. What the tax cut did do is lower tax rates for corporations which went largely to corporate stock buy-backs which increased the value of the stock which benefited stockholders.  At the same time, the federal deficit was almost $800 billion in 2018.  So a cynical naive person might say the US reduced its income, took on debt, so wealthy peopled could become more wealthy.  Not me of course, but a cynical naive person.

And for the record,  as someone who believes and has benefited from owning and long-term investing in equities, my assets increased in value during this time period.  But I try to be very honest with myself and others where the money came from.

Going forward, I would suggest the following:

We need to come out of the pandemic better as a country in every way including economically and we will.  We need to invest wisely, look at options for increasing revenues, and understand cutting taxes is the same as saying charge it and send the bill to our kids and grandkids.