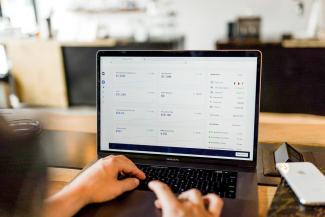 Investors have or are receiving second quarter Performance Reports.  Since the market is generally up, I suspect most investors are likely pleased with what they see on their report.  As I have said many times before, returns on Performance Reports are pretty much irrelevant as they tell investors what happened over a specific time period.  They do not predict the future.

There are many examples of the irrelevancy of Performance Reports as a predictive tool.  An easy one is from 1995-1999 performance reports generally looked good with nice gains.  The stock market, as measured by the S&P Index, had double-digit gains beginning in 1995 through 1999 with the lowest gain being 21% in 1999 and the highest being 38% in 1995.  Beginning in 2000 and ending in 2002 the stock market, again measured by the S&P Index, declined each year and declined a total of about 40% for the three year time period.

The investment world looked much different at the end of 2002.  The stock market, as measured by the S&P Index declined by about 40%.  Technology stocks or funds had substantial declines, some as much as 80%.  At the same, other sectors in stock market value, many value funds, for example, increased over this time period.  Low-risk holdings, again such as short-term and intermediate returns had very modest, but positive returns.

So what should investors do today when Performance Reports are looking good.  I would suggest the following:

If you would like to discuss any or all of the above and do not have anyone to talk to, contact me.  I will be happy to visit with you, for a modest fee.