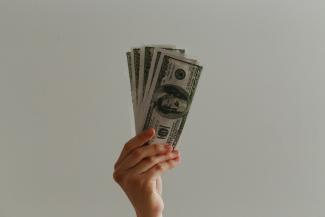 At the end of the year, I reviewed two articles with separate perspectives.  One is entitled "The Markets in 2019:  You Could Not Lose Money if You Tried".  The second article is entitled "The Decade Which Everything was Great But Felt Terrible".

Two articles with different perspectives.  Some may think if one is true, the other is not.  I would suggest this is at best shallow thinking.  In fact, they both can be true.

Though I disagree with the first article's definition of losing money, the article makes clear the markets in 2019 did very well.  It is also clear since the stock market bottomed out in March of 2009 after the decline of 2008 into 2009, the markets have not only recovered but continually reached new highs including 2019.  Investors who have been in the stock market since the bottom of 2009 have done very well.  Their net worths have increased substantially.

As is made clear in the second article, the gains primarily benefited those who were in the top 20% of the wealth strata, especially those in the top 1%.

Another reason is for many middle-income households after paying basic living expenses, consumer debt along with student loans consumes any remaining cash flow.  This makes investing for the future very difficult for middle-income households.  This is backed up by a study by the Federal Reserve Board which found about 52% of households are invested in the stock market either directly through individual stocks or stock funds or indirectly through pension plans.  A deeper dive into another study reveals that the top 10% of the wealthiest households control 84% of the total value of these stocks.

It seems to me of the methods of building wealth in America, two of the best are by owning real estate and/or owning a business.  The stock market is simply a means for owning a business or multiple businesses.   Both types of equity can decline in market value at any time for a variety of reasons. The difference is declines in the stock market can be rapid and public dominating today's 24 news cycle.  It also means during a substantial decline, investors are repeatedly told many financial writers, financial advisors and insurance sales agents they are losing money.

For some time, I have thought the stock market is due for a significant decline or correction. So far I have been wrong and though there are no guarantees for the future, I do believe I will eventually be correct.  And if happens, I also believe this decline, however long it takes, will be followed by a recovery and eventually new highs.  However, due to poor financial advice, another generation of investors believing they are losing money during the decline will sell at the bottom turning paper losses into real ones and lose confidence in the stock market walking away from a tremendous opportunity to build wealth.

Circling back, I believe any capitalistic economy such as ours in which a majority of individuals and households either have minimal or no investment in the stock market will have significant long-term economic problems.   I would suggest two steps are necessary for going forward.

I final example.  I graduated from college on the first Sunday of May 1973 and started working full-time the next day. My starting salary was $7,200 and though it would have meant reducing my adult beverage consumption and entertainment budget, I could have afforded to contribute $50 per month to an investment fund.

If I had started putting $50 per month into a stock fund that tracked the S&P Index, increased my contributions by the CPI rate annually, the month I turned 60 I would have invested a total of $81,301 and had a market value of $386,749. My average annual return was about 7%.  And this is the interesting part, due to the stock market declines from 2000-2002 and again from 2008 into 2009, my market value was less than the high market value at the end of 2007 and similar to the market value at the end of 1999.  But that is not what is important.  What is important is I would have created almost  $400,000 of wealth with a very reasonable monthly investment which I could have afforded at that time.

I would suggest a key to economic growth going forward will have little to do with how well the top income strata will do and a whole lot on how middle-income strata and their ability to build wealth.

If an investor is concerned about the possibility of a stock market decline, this would be a good time to meet with a fee-only independent CFP® to discuss asset allocation strategy in light of investment criteria and objectives.