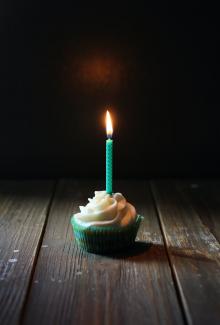 I just had a milestone birthday.  This is when you are hiking on your birthday, stub foot on a stone, realize that you have only gone about a mile and your foot hurts like h***, I mean really bad.

Having a birthday leads me to reflect that I am thankful to my mom for having me.  I realized a long time ago, if it was up to men to go thru pregnancy and childbirth, the human race would have gone extinct a long time ago.  Men would have never made it thru the first 30 days of pregnancy not to mention actual childbirth.

Let's be clear, men can stretch their stomachs but it is usually after a few years of eating and drinking too much.  Not in nine months with all the body changes and discomfort that come with pregnancy.  I am pretty sure if you told most guys they were going to go thru pregnancy, they would say, "I'm out, let's go look at goldfish".

I saw a post recently from a guy where he said, "after watching my wife give birth to our first child, I had to admit, that might have been worse than the cold I had last fall".  The sad thing is, I am not sure if he was trying to be funny or really wondering.  With some guys, one never knows.

So let's be clear, anyone who has people come out of their bodies win every whose toughest contest there is.  Men are in the wading pool and women are in their own galaxy.

As long as we are on the topic, the only people who should be entitled to have a vote on women's bodies are people who can have other people come out of their bodies.  [That's childbirth in case you are wondering.]. If you cannot have a person come out of your body, you can have an opinion, and be a medical professional if properly trained, but no vote.  Period.

I also received the best birthday present, another grandchild.  Mother and baby are doing well.  I am fine too, thank you for asking.

With another grandchild comes increased responsibility on my part.  As I have said before, though there are lot of things I like to do and enjoy doing, my purpose in life is to be an advocate for my grandchildren.

We are in a time period of great challenge, but also of great opportunity.  For example, it is very likely none of my grandchildren will ever need a driver's license or drive a car.  Think about what that means.  It is unlikely I will live long enough to see this new time period to its end, but hopefully, I can be on the right side of history while still enjoying a few more birthdays.

Life is always a gift and not sure how many more birthdays, normal or milestone I will have, but whatever time I have left, I hope to challenge people in my generation not to think about what's best for themselves, but what is best for their children and grandchildren.

I want to thank my mother and all the other mothers out there who are tougher stronger than any guy.  Our country has battled sexism since its inception.  It has gotten better, but we still have a long way to go.  We also battle the other Ism's and hopefully, we are making progress, but it is slow.  As a person of faith, I believe all of us are created equally, born thru the same process.  The Ism's and the individuals who promote them are liking pulling an anchor in a race.  They are holding us back and the sooner we change their thinking, the sooner we can meet other challenges.

I was going to sit down and whine about my foot hurting, but the mother of my newest grandchild just sat down next to me, so I better suck it up.  Grandbabies make all owies go away.