Minnesota Zoo and a Healthy Eco-System 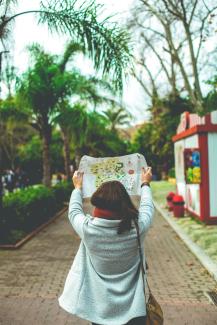 Minnesota Zoo and a Healthy Eco-System

I had the chance to go to the Minnesota Zoo recently with my some of my grandchildren who not so surprisingly live in Minnesota.  It is a wonderful Zoo and I would suggest to anyone who has a chance to visit the Zoo, take the opportunity to do.

As we wondered thru Zoo I found myself thinking about the guests on honor.  Of course, one is not really a guest if they have no choice in being there.  It's like a family gathering.

Anyway, one of the first exhibits was a salt water aquarium.  I found myself wondering what it was like for the various species when they find out they are going to an aquarium.  I suspect their first thought was, awesome, we get hang out in a nice place with lots of food.  Then the zoo keeper mentions there will be sharks in the tank with them.  Upon finding this out, I would guess their first thought is, "Yo what?  You know they eat us, right?"  The zoo keeper says you will have great food and it is important to remember, its not the quantity of life, but the quality.  I wonder if the zoo keeper would think the same thing if he/she was in a tank with a bunch of shark.

As we walked by the warm to hot weather areas, I found myself thinking what these species thought when they found out they were going to a zoo.  The zoo keeper saying good news, you are going to a nice place with no predators and lots of food.  Of course, it will be very small compared miles upon square miles which you had before.  Kind of liking going from 10,000 foot square house on ten acres to a studio apartment with 400 of square feet, but you will be well fed.  "Sounds good, but where" the various inmates ask?  Minnesota says the zoo keeper.  "Your kidding" said one and another says "you know we used to live in the tropics".  Well says the zoo keeper, it is warm in the summer but a little chilly in the winter.  How chilly, they ask.  Well, it can be below zero Fahrenheit.  What about the San Diego Zoo another asks, can't we go there.  Sorry, they only take the cream of the crop, so to speak.  So then the zoo keeper says, you you can either risk your tails in the wild or freeze them off in Minnesota, what do you think?  They all replied, we're going to think about it and get back to you.  Which begs the age old question, does one really live longer in cold weather or does it just feel that way?

At the wolf exhibit the wolves were talking about cousin Fred who was illegally trapped and killed by a Governor of a Western State.  Very brave they said sarcastically.  How about if one of us goes mano to mano or mano to wolf with him, no guns, just how we were made and see who comes out.

In the primate area, the talk was we're the last of our kind. Many primates are considered to be only somewhat below humans in intelligence.  Though given the current state of politics, it is hard to make a case we are more intelligent than primates, at least all of us.

At all the exhibits there was a brief assessment of that particular species viability and threat of extinction.  Some were doing well but most are threatened and in some cases, near extinction.  The reality is extinction of species is happening.  One study found almost 500 species have gone extinct in the last decade.  According to the IUNC Red LIst, more than 40,000 species are threatened with extinction, or about 28% of all assessed species.

Why does it matter?  Because bio-diversity is key to a healthy eco-system.

It's hard to think about bio-diversity when a war is taking place and threat of escalation is real.  Or when there are significant economic challenges.  But I would argue we are all part of an interconnected eco-system.  Thinking in these terms has personal, social and economic benefits for all of us.

A final thought,  Several states have recently implemented regulations which have lead to the reduction and possible extinction of wolves in those states.  I have never read support for these regulations by wild-life management experts and of course conservationists.  It has been well-documented that wolves are central to a thriving eco-system.  Don't believe me, type "wolf contribution to a healthy ecosystem" and start reading.    We all benefit from a thriving eco-system.  Not caring or ignoring this is a huge mistake and one we can no longer make.