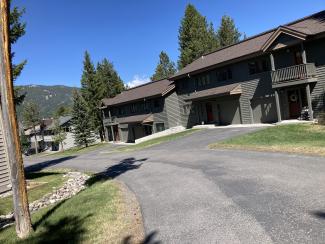 At the recent Annual Meeting of an HOA to which I belong, another member called me naive. I have been called many things over the years, many of them at the minimum impolite, and often not fit for public discourse. Some have been accurate.  For example, I have been a jerk at times, but hopefully, as I have gotten older, I have reduced the frequency.  But naive is a first.  After this many years, it is always nice to have another first.

Before discussing why this owner felt I was naive, I feel it is important to review the definition of naive. One definition I found was “someone showing a lack of experience, wisdom, or judgment”.

So, let's look at naive. Did I have experience?  Well, in addition to being a long-term owner, I was on the Board and chairperson from the fall of 2015 into the spring of 2020.  At the Annual Meeting in 2015, we had a divided HOA on roofing problems and solutions. In the next few years, working with some very talented owners, implemented a roofing project, and now our HOA, instead of having leaking roofs which are both frustrating and a financial drain, we have an almost completed roofing project which in my estimation is one of the reasons why our market values are increased as prospective buyers know they do not have to deal with this issue.

We also established other committees, had town hall meetings, we're financially stable, and yes dealt with parking.  It seems to me I have experience and knowledge with our HOA and though the vast majority of owners did not attend the Annual Meeting, the percentage of owners there thought I had no wisdom.

I did not ask if this nullified all actions by the Board the past year because by now, it was very becoming clear I was less than welcome at the Meeting.  For the record, I am in favor of a parking policy, but a policy that does not target long-term rental units which I believe this one does and is clearly in compliance with our governing documents.  As an aside, several owners told me long-term rentals are the problem and later on I heard the same owners discussing their frustrations with restaurants not being open seven days a week due to staffing problems. Well, if workers cannot find affordable housing and are not welcome in places they live and pay rent, that can contribute to a worker shortage.  But then again, I have been told I am naive.

It was interesting.  One long-time year-round owner said she had never seen a parking problem on campus and walked the campus every day with her dog. Another seasonal owner said there is a serious problem.   Who is correct?  Well, maybe both.  Our campus, like many resort areas, has limited overflow parking spaces and there can be a problem with parking in certain areas during high use times like major holidays.  At the same time, most of the year, there is not a parking problem. A number of owners told me they had expressed similar opinions to the Board and Parking committee, but felt their input was not welcome.

When I become Board Chairperson years ago, the controversy regarding new roofs was related to the increased costs from installing cold roofs rather than other roofing options.  Very early on, after a lot of personal research and due diligence, I was convinced a cold roof was the long-term most cost-efficient option for a mountain village like Big Sky.  But it was not important what I thought, what was important we made it possible for owners to have a voice and become educated on the options.  When it came to voting, the vast majority of all owners voted to approve the project and funding it.

If you can give a community, in this case, an HOA, members of the community who have a financial interest in the outcome, have a feeling of being welcome and being part of the process, even if they disagree, it is possible to have a very favorable outcome.

Maybe that's wisdom, but what do I know, I'm naive.