Not The Supremes, the Economy, and Grandchildren 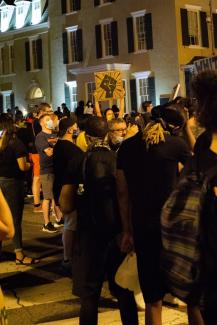 Not The Supremes, the Economy, and Grandchildren

I was visiting with a gentleman while waiting for our coffee orders.  He asked what I did and I said I am a fee-only Certified Financial Planner®.  Of course, I then asked what he did.  He said he was a white supremacist.  I asked if was part of a band that did cover songs for "The Supremes".  Some people just have no sense of humor.

I then asked why he was supreme over other whites.  He said he was not supreme over other whites, just non-whites.  I said I am white and don't feel that way. He said that's because I was not informed.  I said I went to college, had some failures, a couple of successes, but was fortunate to sell the business I originally started.  I then asked him which part of US history he wishes to discuss.  I am not an academic but can hold my own with most people.  I did not see him as much of a challenge.

He said he wants to take back America.  I said from who.  I then said 32% of the wealth in America is owned by the top 1% and the next 37% of the wealth in the US is owned by the next 9% for a total of almost 70% for the top 10%.  They are almost all white, so how are you going to take it from them.  One thing I have noticed over the years is a large percentage of the top 10% are not good at sharing.

He said he does not want the government telling him what to do and the coronavirus is a hoax.  I said I wish my cousin in NW Minnesota had known the Coronavirus was a hoax.  Why's that he asked?  Because I told him, she died from it a couple of weeks ago.

He said he wants to keep American safe.  I asked from what?  According to the October 2020 Homeland Threat Assessment, "Among DVEs [Domestic Violence Extremeists], racially and ethnically motivated violent extremists—specifically white supremacist extremists (WSEs)—will remain the most persistent and lethal threat in the Homeland".   It seems to me one of my greatest risks is you.

Obviously, I am trying to write in jest, but I am very concerned about white supremacy on two levels.

First of all economic level.  Today the percentage of the US population which is non-Hispanic white is about 62%.  By the year 2060, it is projected the percentage of non-Hispanic white Americans will be about 44%.  I would strongly suggest that unless we can provide quality public education along with equal employment opportunities regardless of race, we are going to struggle economically.

Second, the planned attack on the Governor of Michigan, Gretchen Whitmer, has caused me great concern.  I do not know her, never will meet her, but she is the duly elected Governor of the state.  The thought that a bunch of white guys felt it was their right to kidnap and then execute her should send shivers thru all of us.

I have been blessed with many bright talented women in my life over the years, but I want to focus on a few.  My amazing talented successful daughter and daughter-in-law.  My bright beautiful granddaughters.  My two female friends who have helped me with my writing.  They have the same first name but spelled differently, [seriously, what's up with that] and both of them have wonderful talented daughters.  By threatening Gretchen Whitmer, these men, and I use the term loosely, threatened every woman, daughter and granddaughter in the US, especially if they have an opinion and a platform.

We can thoughtfully intelligently disagree on issues.  But when disagreement comes with the threat of violence, we need to take a stand and demand any politician who is elected to office do the same.  Anyone politician who does not completely and totally denounce white supremacy especially when it comes with the threat of violence should be recalled immediately.