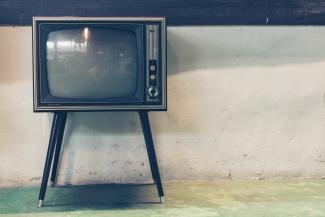 I was biking in the foothills of the Tucson mountains and was partway up a four-mile climb when I passed another rider. As I went by I said, "going downhill is much easier" and he replied, "especially for us old guys".  So I looked around wondering who he was talking to.  With great surprise, since there were only two of us, I  realized he meant me.

The reality is I have never thought about myself as an "old guy" and hopefully never will.  At the same time, as I completed my ride for that day, I had a lot of time to think, and it is true, I have been around for a while.

I went to a country school.  It was the only time my mother was happy with me in school as I was number one in my class.  Also, was at the bottom of the class but I prefer to look at the glass being full rather than empty.

Though our farmhouse where I lived until age ten had no running water and an outdoor bathroom, we did get television in the late 1950s.  In today's world of iPhones, iPads, and Macs along with TVs that can stream anything, a black and white TV with two channels seems almost barbaric.   To change from one channel to the other, it required getting up, walking over to the television set, and turning a knob on the TV.  Also, to change volume required another trip to the television set and turning a different knob. I did not realize exhausting that was until now.

I remember learning about racism and segregation when I was growing up but also remember the Civil Rights Movement which led to the Civil Rights Act.  We are not where we want to be, but we are much much better than we were.

The Vietnam War peaked while I was in college.  Also, when in college is when the sexual revolution took place.  Sadly, because I went to a conservative liberal arts college in Minnesota, I did not find out about the sexual revolution until I watched a documentary about it in the 1980s.  Obviously, no internet or 24-hour news cycle when I was in college but it would have been nice if someone had at least put a notecard on the bulletin board.

The Vietnam war ended and now we are trading partners with Vietnam.  When I graduated from college the recession of 1973-1974 was taking place which included the oil embargo and gas lines at service stations.

In the 1980's we had hyperinflation which led to rising interest rates. The average mortgage rate peaked in 1981 at almost 17%.  I remember having a mortgage at 12% and feeling lucky to obtain such a low rate.  My last mortgage rate was at 3.6%.

As a financial advisor who became a financial planner, and yes there is a substantial difference, watched the stock market crash of 1987, followed by the decline of 1990.  I watched the emergence of the tech bubble followed by its implosion leading to the recession and stock market decline of 2000-2002.  I learned something in 1987.  The only time one makes or loses any money on an investment is when it is sold.  The rest of the time, the current market value only tells an investor which the gain or loss would be if sold at that moment.  A good thing to always remember.

We all remember the Great Recession starting in 2008 including the housing bubble, tightening of lending rules, loss of jobs, and of course the decline in the stock market. But how does that compare to the recession of the 1870s or the Great Depression of the 1930s?  No, I was not alive them, thank you for asking, but I do study a lot of history.

We are in another difficult time and I expect we are in a new normal.  We receiving some very painful lessons, but we also are also watching millions and millions of amazing US citizens do wonderful things.  The future will not be the same, things will change, and though it will take time, it will be better.

Trust me, though not one myself, I do know some old guys.

One last thought.  If you are tired and trying to stay awake during a busy day and have parents or grandparents who in their 60's or 70's, just remember they were part of the sexual revolution.  You're Welcome.