Optimism in a difficult time. 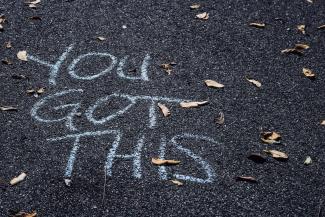 Optimism in a difficult time.

I was going through a particularly difficult period and was telling a friend about it.  After listening to all my problems, he said, "cheer up Doyle, things could be worse".  So, I cheered up and sure enough, things got worse.

This is an old story that makes me laugh every time I think about it.  One of the reasons is, there is truth in it.  We all go thru difficult times and we think if we are optimistic, it will get better.  Then we are optimistic, and not only does it not get better, but it gets worse.

Our country is going thru a very difficult time and for many, it is hard to have optimism.  But I do, for many reasons, and following are a few.

Let me ask you a question, when was the last time you thought of child labor?  When my children were growing up, they thought child labor was picking up their toys.  Nothing gives me greater joy than their children, my grandchildren, not wanting to pick up their toys.  In fact, when my grandchildren are refusing to pick up their toys, I stand behind the parents who are "instructing" them to do so, and give the young ladies a thumbs up.  It is good to know somethings do not change.

But it is also good to know, some things do change.  Child labor was an accepted common practice.  In 1911, it is estimated more than two million American children under the age of 16 were working – often 12 hours or more six days a week.  Many worked in unsafe unhealthy jobs and were paid very little as they could be hired for less than adults. Child labor was not ended until the early 1900s when laws passed prohibiting it.  These laws were the work of protesters, especially union groups and community activists.  If you have not done so, research Lewis W. Hine.  He was a teacher who became an advocate for the end of child labor.  From 1911-1916 he traveled throughout the US taking thousands of pictures of children working in often horrific conditions.  Though child labor still exists in parts of the world and some US employers may have taken advantage of this, we as a country ended it.  We as a country did so, because then as is the case now, we are predominately good people who want to do the right thing.

I am optimistic because of my new friend Molly.  Molly is a nurse from Montana, who is less than half my age. She is like thousands of other health care providers who are today's heroes.   Molly has been on the front lines of the coronavirus in New Your City, Montana, and Southern Texas.  Health care workers throughout the US have often literally put their lives on the line to help others.  They understand the need for quality health care for all of our citizens, the importance of public health, the necessity of scientific research.  Whatever happens today in health care, she and millions like her will shape health care going forward and it will be better.

I am optimistic because of the NBA.  I am a huge sports fan and though I follow many sports, the NBA is my favorite sport.

During the playoffs in what NBA fans know as the bubble, in an unprecedented move, led by the Milwaukee Bucks, all the NBA teams and WNBA boycotted their playoff games Wednesday thru Friday to protest racial inequality and violence against blacks.  Other sports followed them including teams from the MLB, NHL, MLS, and women's tennis.

On Friday, August 28th, after a historic conference call between the NBA owners and players' representatives, the NBA decided to resume play and several new social justice initiatives were put in place.  One of the initiatives is turning NBA arenas into voting sites for the 2020 presidential election.  So far 14 teams have committed to this and others are expected to join.

We as a country have received many important lessons this year.

One last thought, we are not a perfect country, but we are a great country and always have been.  Child labor was common in the 1800s into the very early 1900s.  That is only 100 years ago.  Today it is not only illegal but morally repugnant. Years from now, we will look back at racism the same way.  As a country, we do take steps backward, but overall we go forward and we will this time also.