The pandemic is not a black swan event, it was... 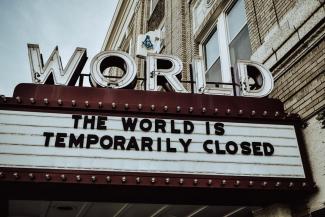 The pandemic is not a black swan event, it was...

As of the day I write this, the pandemic has led to over 199,000 deaths in the US and almost 7 million confirmed cases.  Tomorrow, both of these numbers will be higher.

The economic cost is in the trillions and growing.  Some political leaders and their followers say the pandemic is a black swan event.

The pandemic is not a black swan event, and this from the author of the 2007 bestseller "The Black Swan" Nassim Nicholas Taleb.  In a paper, he co-authored on January 26th, 2020, issued a warning the coronavirus could lead to a pandemic.  In an interview, he was quoted as saying governments “did not want to spend pennies in January; now they are going to spend trillions.”

Many of these same political leaders and their followers say the pandemic was unforeseeable.  This is blatantly false.  The following are just a few of the warnings which predicted the risk of a pandemic.

The pandemic is the failure of a large percentage of political leaders and their followers.

I would suggest coronavirus was inevitable, but the pandemic along with its personal and economic costs was avoidable.  It is a failure of a large percentage of Nationally elected leaders who failed to plan for an inevitable disaster.  They are all paid by the US Government to work for us and have failed us terribly.

We have a pivotal election in a few weeks.  If any person running for Congress has one or more of the above characteristics, vote for someone else.  If you want to make it personal, these politicians and their followers have put your financial future at great risk.  And it was avoidable.