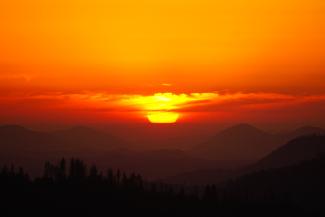 Sunsets are normally beautiful, but not in this case.  This past spring, a Republican Senator from Florida proposed an 11-point Plan to "rescue America".  For the record, if America needs rescuing, it is probably from this Senator and others like him.

What got the attention of many including myself is a provision in the Plan which proposes a "sunset" provision on all Federal legislation.  This means that at the end of a the 5-year period, unless renewed by Congress, the legislation will expire or sunset.

This Plan makes zero sense for a whole lot of reasons, but one reason is this would mean that unless renewed, Social Security and Medicare Benefits would end.  Can you imagine retirees having to worry that a significant part of their financial security would be up for renewal every five years and theoretically could be ended?

Since then, the Senator and other members of his party have stated Social Security and Medicare are safe and would not be terminated.  Maybe.  Please remember in the 1990s the Republican controlled Congress passed substantial cuts to Medicare benefits, however, the bills were vetoed by then President Clinton and there was not enough votes to override the veto.

The reason the Senator and other members of his party want to cut social security and Medicare is to address the Federal Deficit. I am all for addressing the Federal Deficit, but the Republican or what I fondly call the borrow and spend party compared to the tax and spend party is the last group I would think capable of so doing.  There was a time I would have believed Republicans as being financial conservative, but that ship left my personal harbor years ago.  From the beginning of 2000 through 2020 the Federal Deficit went from $5.7 Trillion to $27.7 Trillion and during that time period, Republicans controlled Congress and the Presidency the majority of the years.

I am not saying Democrats are more financially responsible.  I am saying at least Democrats understand that reducing taxes and increasing spending is bad fiscal policy.  I have said this before, but much of our inflation problems today come from bad economic  policy for the previous 20 years.

When you vote in the fall elections and following National elections, you may not be thinking about the future of your Social Security and Medicare benefits, but you should.  As detailed in the intro, a US Senator proposed that Social Security benefits be renewed by Congress every five years.  Since Social Security is a Democrat program begun in the 1930s and Medicare a Democratic program started in the1960s, it is very unlikely any Democrat would ever support legislation to reduce benefits.

Keep in mind that President Bush proposed a system to modernize social security which included partial privatization of Social Security benefits.  By early in his second term it was pretty much dead in the water.

By the way, another part of the Plan initially stated that all people should work and pay taxes.  He asserted that about 50% of  households do not pay any taxes.  What he failed to mention, probably because he did not know it, was of that group, some are retirees whose retirement income is to low to pay taxes, others are students, some are working poor with dependents who qualify child care credits and others were laid off, have medical leave or just had a baby.  He also ignored working poor pay FICA/FUTA taxes, sales taxes, property taxes and other local, state and federal fees.  Finally, hi data was skewed as it was based 2020 numbers during the pandemic.  Please remember, I said at the beginning of this, he is a Senator from Florida.  I did not say he was the brightest french fry in the happy meal.

The Senator later rescinded this tax proposal.  This is political for "that was a really dumb idea".

In the upcoming mid-terms, I would suggest thinking very carefully and doing a lot of independent due diligence before voting for anyone who supports this Plan.  How you vote may affect your future financial security.