Public Happiness and Wearing a Mask 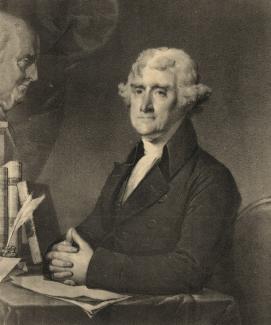 Public Happiness and Wearing a Mask

I have been called many things, happy has rarely been one of them.  I have often made people happy, by leaving the room, but that's different.

I have been called a curmudgeon.  Since that has been most of my life, turns out being a curmudgeon is not age-related.  I have told I am grumpy.  However, to be grumpy, someone else has to be in the room, so perhaps, I am not grumpy, but just annoyed.  Food for thought.

I do know what happiness is.  Being with my grandchildren, the first sip of coffee in the morning, riding my bike, or piece of really good dark chocolate are some personal examples of happiness.  The fact that a piece of dark chocolate is followed by many more pieces could be considered to be a problem.

I have been thinking about happiness.  The Declaration of Independence states:

I reviewed a number of academic articles and one of the interesting facets is Jefferson and other founding fathers traced public happiness back to Greek scholars such as Plato, Aristotle, and Epicurus.  In fact, in a letter dated 10/13/1819, Jefferson wrote “I too am an Epicurean. I consider the genuine doctrines of Epicurus as containing everything rational in moral philosophy which Greece and Rome have left us.”  Sadly, today many National leaders would not know the difference between a Greek Scholar and Greek Yogurt.

George Washington said, "There is nothing, which can better deserve your patronage than the promotion of Science, Literature.  Knowledge is in every country the surest basis of public happiness",  [President Washington's first annual address, January 8th, 1790.]  Pretty sure George would be very disappointed with a large number of our National leaders today.  He would be even more disappointed with us for electing them.

So what does all this have to do with masks? What it means is if someone says it is their right to not wear a mask, George, Thomas, and a bunch more of our founding fathers along with Epicurus would be very disappointed in this person.