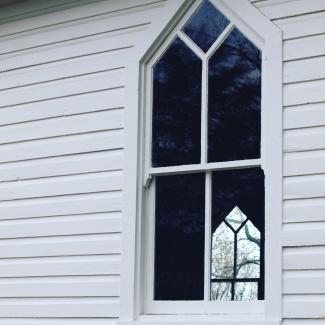 I looked at him and said, "You can either be a Christian or a racist, you cannot be both."

My wife and I were attending a financial advisor's "conference" in Mexico.  It was a conference to which I was invited as a guest for many years due to the profitability of my firm for the independent broker-dealer with whom we used for all our transactions and regulatory requirements.

One night at this conference my wife and I were invited to dine with the owner of the firm who was a good friend of mine and his wife along with three other advisors and their wives or girlfriends.  In the interests of full-disclosure, early that day I had told the VP of the company who was also a friend of mine I did not want to go to this dinner because two of the advisors were, as I described them, "complete and total jerks".  He told me they were good guys and I had to get over myself.

That night my wife was not feeling well so I went solo to dinner.  During the dinner, two of my least favorite men in the world starting telling racist jokes.  They were loud, drunk, ignorant and embarrassing.  I had to make a decision, confront them immediately, again they were drunk, or wait.  Note, being drunk was not an excuse.  They were racists when sober, just generally better at hiding it.

I decided to leave as soon as dinner was over and did so skipping dessert and after-dinner drink and talk to the men when they were sober.  I immediately went to find the VP of the company, who was also a good friend of mine.  He was at a bar with other company staff.  They were happy to see me until I told them what happened and then told the VP:  "If I ever hear another racist joke or comment at a company event, I will have my transfer forms on your desk by 9:00 the next morning." This got his attention because my firm was one of the two largest firms with whom the company serviced.

The next day, I talked to friends.  Some told me I should have been confrontational immediately, others said waiting was the best decision, and some said whatever decision I made was the best one at the time.

At this point, I should mention that in previous years I had often heard both of these individuals talk about being Christians.  Also, they would talk about being Republicans often ridiculing anyone who did not hold similar political beliefs.  It is pretty clear neither knew anything or even had heard of prominent Republican leaders starting with Abraham Lincoln and ending with George W. Bush.  It was also clear neither had spent any time learning or even thinking about what it means to be a Christian.

This is an easy example of overt racism.  During Black History Money it is also important to understand forms both the violent and subtle racism which has and continues to impact the financial success of African-Americans.

After the Civil War,  African Americans, the majority who were former slaves were told they would receive land which was called “40 acres and a mule".   However, this really never happened as by 1876, near the end of Reconstruction, only about 5% of black families in the Deep South owned land.  However, black landowners thru hard work and business expertise began buying farms.  By 1920, African Americans, who made up 10% of the population, represented 14% of Southern farm owners.  Between then and 1997, African Americans lost about 90% of their farmland and this is a major factor in their wealth disparity.  Rather than take my word for it, do your own diligence.

Doing the above can be difficult because for some it goes against stereotypes they hold.  But understanding history in its most accurate form not only makes us better people but prepared to make the future better.

Racism is ugly and evil.  Overt racism is easy to see and reject.  Subtle racism is more difficult to view and understand, and has made it more difficult for African Americans to accumulate wealth.  As an older white male, my opinion is pretty much irrelevant, but I do think and believe it is better today then it was in the early 1900s, 1930s or 1960s.  But there is a long way to go.  When all have equal opportunities, we as a society benefit.

Years ago I realized, one of the reasons racism exists is the racists in our society know on a level playing field they cannot compete, so they use discrimination to give themselves a head start and/or blame a group for their own lack of success.

One final thought, the VP apologized to me and said I was correct, the two individuals were jerks, in many different ways.