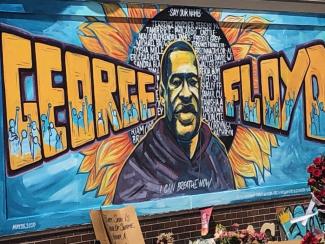 When the Derek Chauvin guilty verdict was announced, the emotion I felt was relief, not celebration.  There is nothing to celebrate when a man has been killed by a member of law enforcement by kneeling on his neck while he was hand-cuffed for almost ten minutes in front of multiple witnesses and being videotaped.  I watched various parts of the testimony of witnesses and experts and there was no doubt of Chauvin's guilt.  Obviously, the jury felt that way as did the majority of the country according to a recent poll.

Preceding the guilty verdict was another outcome.  The City of Minneapolis, by a unanimous vote of the city council, settled with the family of George Floyd for a civil suit.  The total amount was $27 million dollars.  I did a "search" of civil suits won by the defendants against police departments.  There are quite a few and often very large, but I believe George Floyd is a record for this type of settled civil action.  This does not include settlements that are not public. For example, another well-publicized death of a black person by law enforcement was Breonna Taylor.  Last September her family settled with the family of Breonna Taylor for $12 million dollars along with police reform.

In Kenosha, WI, Jacob Black has filed a federal civil rights lawsuit alleging the use of excessive force.  Since he was shot in the back seven times, I suspect his chances of winning or receiving a pretrial settlement are pretty good.

Last December, a US Army officer, in uniform, was driving home in his new SUV with the temporary license clearly on the back window when two Virginia police officers told him to pull over.   The officer, who is black, had the good sense to drive to a public place and have his phone on the dashboard filming the entire process.  The officers pointed guns at him, pepper-sprayed him, and pushed him to the ground.   If you wish, you can do a search and watch the entire video.  I cannot imagine anyone who watches the video will not believe this was a racial incident.  The officer has now filed a civil suit for $1 million dollars.

The death of George Floyd has a human cost and a family cost.  It also has a community cost.  And though not as important in the total scheme of things, there is also a financial cost and unless we change our ways as a country, the financial cost is going to increase.

Going forward, in the new normal, whenever there is a police shooting, there is going to be an investigation and if the police department cannot justify the shooting based on the departments' guidelines, there may be criminal prosecutions.  I suspect in many if not the majority of these situations, there will be also a civil suit.

So given the above and all the challenges facing our country, the increasing cost of natural disasters or the cost of health care, or the exploding federal deficit, does it not make sense to simply expect all of our police departments to not allow or tolerate any racist behavior by their officers.  The reality, I suspect, is most officers already do their jobs with color-blind eyes.  But officers who do not, like Derek Chauvin, are simply too expensive. From a human perspective, from a social perspective, and from a financial perspective.