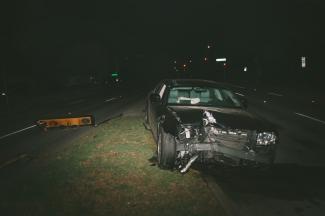 In investing, we often talk about risk/reward.  The reward is the potential success of an investment strategy and risk is the potential for the strategy to result in a loss.  Though often we do not often think about it, risk/reward is part of all of our decisions.  I tend to think about this all the time because I like to think I am thoughtful, others, less thoughtful have suggested I am obsessive and a worrier.

An easy example is being in a vehicle, either as a driver or passenger.  The reality is every time, someone gets into a vehicle there is a risk/reward ratio.  The reward is getting to where the person wants to go.  The risk is an accident. They're about 6 million vehicle accidents annually in the US, with over 3 million people injured and it was estimated about 40,000 deaths in 2018.  Accidents can mean substantial financial costs, including loss of time, vehicle costs not covered by insurance, and costs related to injury and death.  Most of us never think about being in an accident when we get into a vehicle, but that does mean the risk does not exist.  However, there is a good reason we do not think of this, otherwise, we may be paralyzed by fear.

Before going farther, investors who believe that investing solely money market or short-term CD's have no risk, I would suggest are incorrect.

To me being solely invested in low-risk accounts over a long period of time is actually a high-risk investment strategy.

However, for many investors, losing money is a decline in market value on a performance report.  Though I would disagree with this definition, for investors who do believe this, they should define this risk specifically.  In other words, what is an acceptable decline before the investor will make an emotional, and too often bad investment decision? Specifically, at what point will an investor turn a paper decline into a realized loss.

Though most of us do not think about risk/reward every time we get into a car, it's there.  When investing, I believe it is important to initially consider and regularly review risk/reward.  This includes a discussion of investment objectives, a time horizon, the desired rate of return along with expected return [expected return is different and I believe more beneficial than historical return] and potential downside volatility at any time during the time horizon.

There are very good reasons for an investor to change investment strategy, both when a portfolio is increasing and decreasing.  However, if the investment declines and the investor makes an emotional decision turning a paper loss into a real one, I would suggest this is a failure on the investor’s part to understand the risk/reward ratio for the investment strategy.  It seems to me, this is the equivalent of a driver seeing an accident, getting out of his/her car, and stopping the trip immediately. Neither makes sense.