Samfundssind, Take a Moment, Then Back to Work 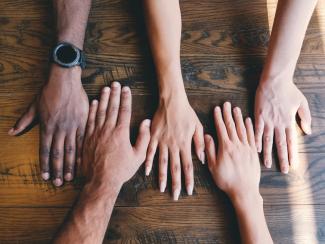 Samfundssind, Take a Moment, Then Back to Work

Samfundssind is a Danish word.  For the record, I do not speak Danish.  After three years of Spanish in high school a long time ago, I do speak Spanish well enough to get by when traveling in Spanish speaking countries.  More importantly, my “fluency” is known to embarrass anyone traveling with me.  A number of years ago, while visiting our son who was teaching English in Peru I made up a new word. It must have worked as the local with whom I was speaking understood what I meant. Have not seen it in the dictionary yet, but suspect approval is pending.

There have been some who have told me I really do not speak English.

I saw samfundssind and immediately loved the word.  Love is probably a little strong, let's go with a strong emotional attachment.

According to Marianne Rathje, a senior researcher at the Danish Language Council, samfundssind is  "putting the good of the greater society above your own personal interests". Rathje says samfundssind is a compound noun of ‘samfund’ (society) and ‘sind’ (mind).  To Danes, this means collective responsibility and community spirit.  It was the reason Danes believe they have had a successful response to the Pandemic.

As I write this, the election is a couple of days away.  Determining who won maybe a few days longer or weeks. Keep in mind George W. Bush was not declared the winner until a Supreme Court decision on December 12, 2000.

When it is over, some will be happy, some will be frustrated or angry, and I suspect most will be relieved.  It is ok to take a little while to be relieved and glad the election is over.  But then I would suggest, we all have to get busy as the real work is about to begin.

The reality is whoever is elected to any of the National offices, I truly believe how we currently do politics does not work and has not worked for many years.   The concept embraced by many politicians and their followers I would describe as, "I am right, you are wrong, and you are going to really bad place with excessive heat".  Not only does this concept not work but is counterproductive to actually solve the problems we face today.

The individuals whose primary political positions is to oppose the other political party or a specific politician are the equivalents of being rocks in a mountain climber's backpack.  The climber may get to the top of the mountain, but the dead weight makes the journey much more difficult.

And this brings us back to samfundssind.   We all need to adopt an attitude of collective responsibility and community spirit.  There will be some who will reject this.  They will not want to discuss issues in a thoughtful intelligent manner.  They will continue to want to blame the other political party and specific politicians.   They are dead weight in our political system.

In my presentation, "Long Term Trends Which May Affect Your Future, or the New Normal", three of the trends I discuss are Education, Health Care, and Natural Disasters.  Just as ignoring all the warnings we have had regarding a pandemic, I would suggest not addressing trends today, increases both their human and economic cost in the future.  I would also suggest that our future economic growth is dependent on our ability to develop and implement comprehensive coordinated plans for these trends and other problems we are facing.

Let's remember as we do this together, we are better than what we have been seeing.  The US is and always has been a great country with great people.  We are our very best when we are educated and informed about the problems and challenges and then work together to solve them.   Samfundssind