Scary Movies, Demons, and Things That Go Bump in the Day 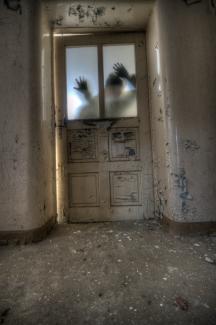 Scary Movies, Demons, and Things That Go Bump in the Day

Though I have seen a few over the years, I have never been a big fan of scary movies.  One reason we're the two scary movies I saw as a teenager.

Another reason I have never been a fan of scary movies is real life is scary enough.  I have never watched any of the many Halloween movies nor will I.  I am sure like the above movies from my teenage years, they can be really scary. However, I see no reason to be scared in a pretend movie when real life does it for me.

The second scariest thing that has happened to me in recent years was the January 6th, attack on our Capital.  I saw this as an attack on US democracy.  It not only endangered our democratic way of life for myself but more importantly, for my grandchildren.

The scariest thing that has happened to me in recent years are the Nationally elected leaders who during the insurrection were running like scared teenagers in a Halloween movie [again never watched any of the movies, but have seen previews], later called the insurrection a peaceful protest.  Many of these same Nationally elected leaders, with absolutely no supporting evidence, continue to falsely state the Presidential election results were not accurate.  In fact, the Presidential election results have been continually validated, recently in Arizona.

Scary movies, especially scary Halloween movies, often have zombies, goblins, and demons.  In today's world, pretty easy to figure out who the zombies are. Zombies are never portrayed in the movies for their intellectual qualities. Goblins, well they were born goblins, hard to blame them.  But demons.  Demons know they are evil and enjoy it.  Even though they know the truth, they promote untruths and falsehoods.  Some are demons by choice and others become demons because they are scared of other demons who they perceive as more powerful.

And for me, though I am no longer affected by the movies of my youth, I still will not be watching any scary movies. Rather, I will continue to read a good book after a nice relaxing sponge bath.