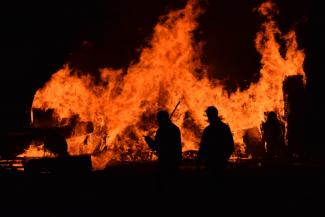 I have smoked a cigarette only once in my life.  I was five years old.  I remember it because it is one of four distinct memories of my dad.  I called on his lap and took a hit on his Camel Straight.  I can still remember how bad it tasted. Some memories never go away.

When I was young, my aunt and uncle told me they would give me money if I never smoked until I was 21.  The theory was if one did not smoke before 21, they were very unlikely to start. The good news is it worked, I never smoked.  The bad news was they both passed away before I turned 21 so I never got any money.

In the interest of full disclosure. I did try a cigar and pipe a couple of times in my 20s because I thought they would make me look cool.  Turns out they just made me smell bad and looking or being cool is and always has been beyond my reach.

Today, whether they smoke or not, most everyone understands the risks of smoking.  According to the American Cancer Society, smoking causes 20% of all cancers and 30% of all cancer deaths.  Most of us know that 80% of all lung cancers and lung cancer deaths are from smoking, however, many do not realize that smoking increases the risk of many different types of cancers.  The insurance industry has long recognized the increased risk from smoking as smokers pay a higher rate for life insurance and often for health insurance.

And wildfire smoke carries tiny bits of liquid and solid particles which is known as particulate matter. Exposure to smoke can cause immediate symptoms such as runny noses, scratchy throats, and watery eyes.  The very tiny particles [tiny is a technical term and one of the reasons I got a C in biology in college] 2.5 microns in diameter or smaller are an increasing cause of long-term health problems.  Once inhaled, those pollutants are small enough to penetrate deep into the lungs and can even reach the bloodstream. Research has found the consequences include lung disease, heart issues, and possible early death.

Millions in the Eastern part of the US found out his past summer that the smoke from wildfires thousands of miles away in the West as well as in Canada can affect air quality.  Because of the great population centers in the East, there are increasing hospitalizations and deaths from wildfire smoke.

What does this mean for you?  Well the first thing, is to be aware of an increasing health concern.  But not depressed, partly because, there is no point, It is what it is.

And there are solutions.  But they are not easy.  They will take a combination of long-term planning which is science-driven, the use of AI/Automation along with a comprehensive system of health care.  Most importantly, we as citizens should expect our Nationally elected leaders to have a minimum of a 20-year plan to confront and deal with this issue.  Actually, a 40-50 year plan is much better.  And the plan has to be adequately funded now and thru the future.

We have learned to accept our Nationally elected leaders and their followers focus most of their efforts on getting re-elected and yell about issues that may have political value, but no actual value in the real world.  It will not be good enough going forward.  If the politicians you support do not have a long-term plan to deal with smoke from wildfires, find someone else.  The smoke is not going away in the near future, nor are the related health issues, so we will have to deal with it.  That's not depressing, that's reality.  Depressing is ignoring the problem and pretending it will go away.