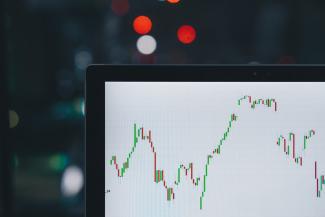 I am almost positive sometime between tomorrow and the next few years the stock market, as measured by the S&P Index and likely other indexes will decline a lot.  After the decline, “experts” will have lots of reasons for the decline.  It could be the negative affect tariffs are having on our economy.  It could be political turmoil.  It could be the ongoing economic cost of student loans or health care.  It could be something not even on the radar right now.  Or it simply could be the stock market begins to decline for any or all the above reasons and decline turns into a crash due to computer trading and margin calls.  If you are concerned about a market decline, now is the time to think about it, not after it has happened.  As part of this process, it is important to have a stock market perspective regarding a decline before it happens. Reviewing my first stock market decline may be beneficial.

My first stock market crash as a financial advisor was October of 1987 when the stock market as measured by the S&P Index declined -23% in one day.  At the time, it was dramatic with massive amounts of investor fear and panic.  I learned a lot during the entire time period.  Today, a decline of 23% would bring the DJIA below 20,000.  I suspect a decline this extreme would likely make the 24-hour news cycle, every second.

Before going farther, it is important to keep in mind that the stock market as with other markets is essentially an auction.  At an auction, typically the auctioneer for each piece of property to be sold has a starting price which is the assumed current market value of the merchandise.  If there is demand, for whatever reason, the merchandise will sell at the desired amount or even higher if there is bidding driving the price up.  By comparison, if for whatever reason, there is no demand the price will drop and continue to drop until someone makes a bid.  The final selling price at an auction is the amount that piece of merchandise sold for at that instant.  It does not matter what it may have sold for a year previous or for what it will sell a year later.

Computers and technology have accelerated the process of buying and selling large blocks of stock to essentially a Nano-second.  The crash of 1987 was in my estimation, the first time a stock market decline was generated in part, by computers.  1987 was the beginning of program trading in which large institutional money managers told their clients they would not lose money in the stock market because if the stock market would begin to decline, they would sell them out.  What this group of the “elite” of Wall Street did not anticipate, if the market is hit with waves of computer-generated selling and there are no buyers, it can go down pretty quick.

I would also suggest because of the computer-generated selling, a second but very important factor increased the decline.  Investors who had margined or leveraged their accounts and this includes large institutional investors, received margin calls which they could not meet forcing additional selling. Margining works great when the market is increasing, however, during a decline, if the account owner cannot come up with cash to meet a margin call, margin call regulations require holdings in the account to be sold to bring the debt ratio down to the required minimum.  When the stock market is declining quickly, additional waves of sales hit the stock market to meet margin calls, increasing the overall rate of the decline.  This was a significant factor in the stock market decline of 2008 going into 2009.

Regarding the crash of 1987, it is important to understand the following:

If you are concerned about a market decline today or in the near future, or if you think a decline will cause you to panic and sell into a down market, now is the time to review your portfolio, your allocation, specific holdings, and current unrealized gains or losses.  Stock market declines, especially significant ones, are never fun, but they happen and often accelerated by computer trading and covering margin calls.  Individual investors can neither forecast the next major decline or control it.  They can control how they plan for it and react to it.