Swedish Lutheran, Faith and there is no WE in They 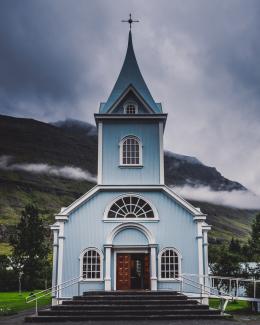 Swedish Lutheran, Faith and there is no WE in They

I was born a Swedish Lutheran.  An immediate member of the Lutheran Church of America [LCA].  This not to be confused with the ALC, American Lutheran Church which were Norwegian Lutherans.  Years later, 1988 to be exact, the LCA and the ALC merged to form the ELCA [Evangelical Church of America].  This would have happened sooner, but it took over a year for the Swedish Lutherans to teach the Norwegian Lutherans how to read and write.

Ok, the above was a little family joke as my children and now grandchildren are a mix of many Nationalities including Swedish and Norwegian.  Thankfully, since both of my children were able to graduate from college, the Swedish background seems to be dominate.

For the record, I did attend and graduate from an ALC college in Minnesota.  The college was founded in the late 1800s by Norwegian settlers.  By the time I got there, though the highest percentage of students were Lutheran, there were students from a variety of faiths and denominations including some with none.

An interesting side note, my first full-time job of college I was an Admissions Counselor for the college I had attended.  My area was the Twin Cities, Wisconsin and Chicago.  I stopped by a Lutheran high school in Milwaukee which was of a different denomination. Since we had had students from there attend my college I thought I would be welcome.  I was wrong, When I introduced myself, the administrator at the high school angrily stood up, grabbed my elbow and escorted me to door of the building and said I was not welcome and they did not want any of their students attending my college.  Turns out I was the wrong kind of Lutheran, at least by his standards.

Over the years, I found there is a lot of this in our country.  I cannot tell you how many times I have been told by others they are right, I am wrong and I will end up in a very warm place.  I always thought this was part of Texas, but now having been through much of Texas, I do not think that is what they meant.

For the record, I have never not believed in God.  Shortly after my dad was killed in a farming accident when I was 5 1/2, I remember walking down the gravel driveway of farm and having this feeling of peace come over me as I was thinking about my dad.  Some would say just the rationale of little kid, maybe, or maybe this is what faith is about.

A long time ago, I started differentiating between, religions, faith and spirituality.  Others may respectfully disagree, but for me, religions are the three Rs, rules, regulations and rituals.  Faith is the believe in something greater then oneself.  And spirituality is the personal connection to God, your neighbor [all of us], and yourself.  Any person can have all three, or just one in my estimation.

As our country enters another very difficult time with the war in Ukraine we need faith and spirituality more than ever.  Faith that good will prevail, the war will end quickly, Ukraine will remain an independent country and its citizens will be able to return to living in peace.  Spirituality that understands we are all connected.  I am not naive, I know there is a lot of "us versus them" throughout the world.  Putin for sure and sadly, many in our country who supported Putin, his dictatorship and rule by violence.

People of faith with a spiritual connection to others naturally understand the "us vs them" simply does not work.  But for those with neither faith or spirituality, I would strongly suggest "us vs them" does not work on a global economic scale or on a personal financial basis.  With the exception of some defense contractors and military suppliers along with a few short sellers, no one is better off financially today then they were before Russia invaded Ukraine.

Christians all over the world just started the season of Lent which ends with the celebration of Easter.  Regardless of denomination, Lent is a time of self-reflection.  Probably something all of us should do year round.  I would suggest we spend some thinking about the role we may have played in tragedy of the Ukraine.  Because though the war is only days old, the build up for it has been taking place the past few years.