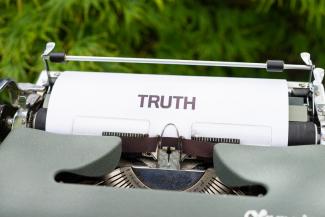 I feel very fortunate and thankful to have just received my second vaccine.  I did not have any of the common side effects.  I did have several unusual side effects.  First of all, I now glow in the dark.  Cannot wait to spring this on my granddaughters at night.  Second, I now have a full thick luxurious head of hair.  It's very cool.  Finally, I am a little taller and though I weigh the same, the proportions are better distributed.

Obviously, none of this is true other than I was one of those who had no side effects from either shot.

After feeling unwell at the beginning of November, he tested positive for the coronavirus and eventually ended up in the hospital in the ICU.  At one point, he had the nurse call his wife to say goodbye. He did survive, but not recover.  He can no longer work and is expected to be on oxygen for the rest of his life.  The term is long hauler.

Late last year I was working with some new clients in another state.   After a couple of virtual meetings, I asked them why they looked for a new financial planner.  There were several reasons but the one that struck me was their previous financial advisor [yes, there is a difference between a financial advisor and financial planner], in a meeting in October had told them the coronavirus was a hoax and would be over the day after the election.  They quickly decided if he thought the coronavirus was a hoax, he probably did not know anything else including financial matters.  Reviewing his work with them, they were correct.

I feel bad for the man who ended up in the ICU.  The coronavirus is an equal opportunity disease and he may have gotten it anyway, but he certainly increased his chances by believing it was a hoax if this led to not being prudent in his personal health care.  I suspect he chose to listen to conspiracy theorists on talk radio, political shows, and social media.  That's on him.  From the very beginning of the pandemic, there was substantial independent medical and health care information and advice on the coronavirus and pandemic.

It's also on the various groups who promoted the hoax theory either out of ignorance, or more likely financial gain. Finally, it is all on all the others who supported the hoax theory, even if it was simple as not denying or listening to groups that perpetuated the hoax.

In the past year, we have dealt with multiple conspiracy theorists.  One being the coronavirus was a hoax. Another was not accepting the results of the National Election even though members of both parties along with state and federal judiciaries certified the election valid.  Many think conspiracy theorists are harmless, the equivalent to a few overcooked burnt French Fries in a bag of otherwise tasty fries.  I would disagree, as evidenced by the gentleman likely on oxygen the rest of his life or the insurrection leading to an attack on our Capital.

As part of my thanks for the vaccine and all of those who made it possible, I will be more diligent in calling out conspiracy theorists.  We have learned ignorant ill-informed people can be dangerous.  They are a threat on many levels. One being personal well-being, second, our long-term economic growth both personally and collectively, and finally to our democracy.