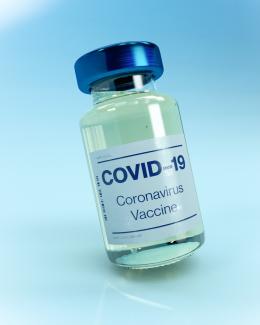 My wife and I were able to get our first Covid Vaccination.  I was very brave and did not require a sucker.  We are very thankful for all the research scientists, health care professionals, distribution centers that made this possible for us and millions of other Americans.  The time frame from the beginning of the pandemic to the rollout of multiple vaccines is a tribute to American ingenuity, education, and most of all perseverance.

For anyone who knows me, it would be no surprise to find out I throw temper tantrums.  I have been told by my older siblings, I used to lay on the floor and pound my hands and head into the floor in a subtle protest of my current personal circumstances. No, this was not last week, but supposedly when I was a toddler.  It may explain my poor performance in elementary school years later.

As I got older, not necessarily smarter, I still occasionally throw temper tantrums, but in private, as I have matured somewhat.  I threw one this past week.  Most of the time when thinking about the pandemic and its personal and economic consequences, I get sad.  But this time I got angry.

I just read a fascinating article from the February 10th, 2021 of The Atlantic entitled "The Unlikeliest Pandemic Success Story" which is the pandemic story of Bhutan, a small country located in south-central Asia.  What caught my attention is Bhutan had its first Covid death on January 7th, 2021, a 34-year-old man with pre-existing kidney and liver conditions.

When thinking about all this, I got angry and threw a tantrum.  I did not lay on the floor and pound my head.  Though I would suggest some of our previous and current National leaders should do so.

I believe the following:

It is a complete and total failure of many former and current National politicians.  This is especially true for those who have been in Congress for years but never really served their country.  As I have written about before, the coronavirus was inevitable, the pandemic a choice.

This ineptitude by current and former National leaders has led to the loss of life for hundreds of thousands of our citizens along with economic disaster for many households and companies and finally trillions of dollars of deficit spending.

In writing this, I am so angry again I had better go for a bike ride or have a bourbon.  Since it is before noon, the bike ride is a better option, for now.  As I ride, I will also be thankful and grateful for all the talent and dedication we have in our scientific community, distribution community, and health care community.  We need more of them to run for public office.