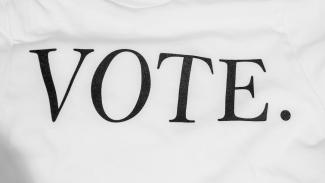 In a few days, our country will have another National and state election.  One of the many reasons I do not nor have belonged to a political party, is I watch individuals who belong to political parties vote for candidates that do not support the individual's political positions, but he/she vote for the candidate anyway because they belong to the same political party.

As moderate independent, the system I have used for years is make a list of my priorities and decide which candidate, regardless of the Party, supports my objectives.

Though I voted by mail sometime ago, here are my current top criteria.

ProTrumpers who are election deniers.  This is a new one for me, but any candidate for state or National election who still maintains the last election was not fair or accurate, without any proof, if fact, overwhelming proof to the contrary, is not fit to be in any elected office.  In fact, I believe these individuals are cut from the same cloth as the individuals in the Southern states in the 1850's who supported succession from the US.  I believe ProTrumpers have a goal to end free elections and ultimately our democracy.    Just as supporters of the Succession in the 1850s ending up destroying the South's economy for years to come, so I would suggest ProTrumpers will do to our current economy if given the chance.  This is a deal-breaker for me.

Related to the above are candidates who continue to deny the January 6th Insurrection was an attempt to over throw our government by negating the election by force.  The January 6th Bipartisan Committee with testimony from a wide arrange of individuals, including and most importantly Capital Polices and former Trump Staff Members it was proven beyond a shadow of doubt this was an orchestrated attempt inspired by our former President to negate a fair and honest election.  It was also continues to be an attempt to end our democracy.  It is another deal breaker for me.

Women's rights is also a deal breaker.  The debate about anti-abortion or pro-choice has always been a false choice for me.  This is completely and totally about women's rights to make their own health care and personal pregnancy choices.  It is about men who want to make personal health care decisions for women.

The increasing cost of natural disasters due to climate change.  The number of $1 Billion Dollar or greater natural disasters has increased every decade starting with 28 and total cost of $127.7 Billion in the 1980s to 119 with a total cost of $802 Billion from 2010-2019.  Individuals who worry about the economy should put this at the top of their list. Natural disasters have a wide variety of economic effects including but not limited to loss of small businesses and residential homes, infrastructure devastation, rising insurance prices including inability to get insurance, possible end of 30-year mortgages, and loss of personal wealth.   Ongoing floods and droughts in various parts of the country lead to water shortages and can affect food supplies.  Politicians who deny the negative effect climate change is having on our economy not to mention the global economy will accelerate the economic impact of natural disasters going forward.

There are more,  The increasing federal deficit which went from $5.7 Trillion to $27.5 Trillion from 2000-2020 with Republicans controlling both the Presidency and Congress the majority of those years.  The increasing cost of health care.  The increasing need for and cost of post-secondary education.

All of the above problems are solvable, but not if the country elects election deniers, supporters of the January 6th Insurrection, or those who wish to end women's rights.  Part of the problem is we will spend much of the next two years addressing these issues which never should have been issues in the first place.  This includes spending time and resources which would be better allocated to addressing long-term economic problems as outlined above.

A bigger part of the problem with electing the above is it moves the country away from democracy to an authoritarian form of government.  With the loss of freedoms we previously took for granted, there significant personal and social repercussions.  And there are also long-term economic problems in my estimation.  The idea that if Pro-Trumpers get control and then it will be business as usual is not realistic.  Our economy in part is dependent on free and fair elections and the preservation of our democracy.

I rarely follow the polls, but if the little I have seen are correct, pro-Trumpers are going to  win many elections.  If this happens, the turmoil we have seen the last two years will increase.  Remember a majority of the country believes Biden won the Election fairly and the January 6th Insurrection was a planned attack on the Capital.  If candidates who are pro-Trump and defend The Insurrection are rejected at the voting booths, then there is a good chance this turmoil will end or at least decrease.

Ultimately this election and perhaps future ones will be decided by Republicans because they have always been Republicans vote for Trumpers and Insurrection defenders or vote to confirm free and fair elections and affirm our democracy.

We will know in a few days.  Regardless of what happens in a few days, I continue to be optimistic long-term.  Too many of us reject Trumpism, know the Insurrection was an attack on our freedom, and women should be free to make their own heath care choices.   Ultimately we will prevail, but it would nice if sooner versus later.