What could have happened? 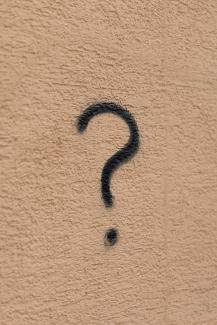 What could have happened?

I ran into an individual who was not at the terrorist attack on the Capitol but supported it.  So I decided to ask him a few questions.

My first question was if the insurrection had been successful, what were their plans for social security and Medicare?

He said, "What?  What do you mean?"  Well if there is no government then there may not be any social security benefits or Medicare.  "Really, he said, I had not thought about that".  I said that thinking may not be his strong suit.  He said, "what did you say?"  I said I like your suit, I have never seen a combination of squirrel skin hat with a red, blue, and white tie-dye shirt.  He said, "thanks, I wanted to make a statement".  I then said the jean shorts with cowboy boots is a nice touch.

I also mentioned that his tattoo was interesting, not sure I have ever seen the US Flag and Nazi swastica next to each other.  I then said you do know that the US entered WWII to defeat Nazi Germany, end what the swastica stood for? By the look on his face, not sure that he knew that.  Not knowing stuff probably is a strong suit for him.

He then asked what would happen to his parents if there was no social security or Medicare benefits.  I said not just social security and Medicare, but pensions, bank accounts, the stock market to name just a few.

He looked at me and I said look at it this way.  I believe the attack on the Capitol was not just an attack on democracy and a fair and accurate election, it was also an attack on our economy, our National Defense, our system of justice, all of our government services at all levels, and businesses of all sizes, small, medium and large.

I asked him, "If you were going to open a new business and had your choice of democracy or dictatorship where the dictator can change or implement rules as he sees fit?  Issues falsehoods and call them alternative facts.  Or on a bigger scale, what would happen to the market value of US Treasuries? Over $6 Trillion dollars, about 30% of US Treasuries are owned by foreign governments.  No longer believing they are safe investments, would foreign investors have sold US Treasuries collapsing the US Bond market.  Or how about US home mortgages?  If interest rates went up significantly, how many households could afford to buy a new house?  How would have a successful insurrection have affected inflation rates?  Would the stock market have sold off?  Look what happened to the stock market immediately after 9/11?"  You could see the light come on his head.  No, literally, a little light came on, not sure how he did that.

[Oh, and for the record, dictators, at least so far, are rarely women].

He said what about all the National leaders that said the Election was stolen.  I said this was the most scrutinized election in our history and has been verified by members of both parties along with the Judicial system at both state and Federal levels.  I then said any Nationally elected leader or their followers who believe the election was stolen or even did not accept the results as soon as certified by each state, has less intelligence than your hat and that's an insult to squirrel skins everywhere.

He thought for a while and then said, "so my support of the insurrection may have put my parent's retirement at risk, my wife's business, and my kid's future?"  I said yes, I believe so.  But I also, said the good news, the really good news, is it did not happen.  We as a country got close to the abyss, but we pulled back.  There will always be those who do not want democracy for reasons of self-interest.   But we as a country want democracy, even if our candidates or issues lose on election day because most of us understand our democracy is unique, invaluable, and the foundation of all that is good in our country.

For the record, did this conversation really happen?  Obviously not.  But I am hopeful conversations similar to this are taking place all over our country and little internal lights are coming on.