Who do I trust? 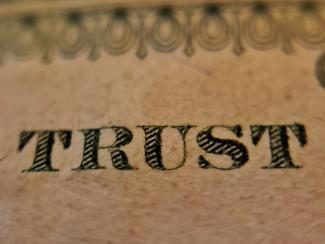 Who do I trust?

My wife was watching a morning talk show with a political bent.  She was watching because one of the guests is a prominent MD who we have found to be both knowledgeable and articulate when discussing health care.  The MD was on the show to discuss the coronavirus.

I was on the way out the door to go on a bike ride when I heard the self-proclaimed conservative co-host say she understood why she did not trust the government, she now understood why others did not.  Though I am sure she is bright and talented, I would respectfully disagree with her comment.  As a lifetime independent moderate, I would tell her, the following:

I trust the government.  I have never thought government at any level, local, state or National is perfect, but the vast majority of career employees I have met who work for government agencies at any level have been professional, knowledgeable and try to do their best, often in difficult situations.  Note:  I would say the same is true for most workers I have met in both the private and non-profits sectors.  The reason is the vast majority of US workers are responsible and seek to do their jobs to the best of their ability.

Here is what I do not trust.

I do not trust anyone who says or has said the government is not the answer but the problem.  At best these people are missing a few fries in their happy meal.  At worst, the whole happy meal is gone.

I do not trust National Politicians and their media supporters who said in February the coronavirus was a hoax. This means they do not understand science or public health.  Those who thought it was a hoax may have a canoe, but no paddles.

I do not trust Nationally Elected leaders who cannot think or plan for the future past their next fundraiser.

These types of leaders are perfect examples of the expression "penny wise - pound foolish".    By not planning for the future and saving a few dollars at the time, these short-sighted leaders have literally cost all of us Trillions in additional government spending.

I do not trust Nationally elected leaders or their media supporters who continually blame their political opponents for National problems.   There may be an elevator in their building, but definitely the top floor is empty.

I do not trust Nationally elected leaders who accept money from PACS.  At best they are tainted, at worst bought and paid for.  Think about it this way, if you found out you had an employee who was accepting a large amount of money from a third party to influence how he/she job did their job, you would fire the employee immediately.  Now keep in mind all Nationally elected leaders are paid by the US government and are all of our employees.

I do not trust any political appointment in which the appointee has no direct high-level experience in the agency. Completing first grade does not qualify one to be Director of Education.  Finding Africa on a global map does not qualify someone for being a diplomat.  Having once been treated in the ER does not qualify to lead public National health care response.

I do not listen to or trust national political talk shows or political talk radio.  When I review articles discussing media issues with quotes or statements from various political pundits, I have often thought crime may not pay, but ignorance or at least pretending to be ignorant can pay very well.

Who do I generally trust?

I generally trust professional government employees at all levels.  The vast majority of I have met are striving to do their jobs to the best of ability.  Trust for Nationally elected leaders, their political appointees have to be earned based on the decisions they make in difficult situations.  This includes the rationale and supporting evidence they use to make the decisions.

Finally, though it is likely to get worse before it gets better, one of the reasons I believe we will get through this pandemic is all the government employees in many different capacities who are working and often risking their personal health to address the problem today and plan for the next one tomorrow.