Whose fault is inflation? Yours? 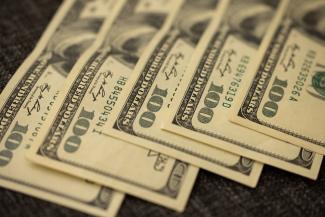 Whose fault is inflation? Yours?

Though I have never considered myself to be a deep thinker, I do try to stay out of the wading pool of thinking.

Let's start with oil prices.  In 2014 going into 2015, oil prices when from $108 a barrel to $44 a barrel. A decline of about 60% in seven months.  There were a number of reasons for this decline, however, primarily it was over-production and decreasing demand.  Today oil prices are going up for several reasons, but a primary reason was during the height of the pandemic, the global economy came to a screeching halt.  Oil producers, trying to be at least in the middle part of the pool, reduced oil production. Now that the economy is beginning to recover, there is an increasing demand for oil, but it will take time for production to catch up. Hence, higher oil prices.

So what are some reasons for inflation?

Many economists believe excessive deficit spending leads to inflation.  So let's talk about that.  In 2001 and 2003, under the Bush Administration, we declared war on Afghanistan and Iraq.  In 2001 and 2003 we also cut tax cuts.  Part of these tax cuts was extended during the Obama administration.  In 2017, the Trump Administration cut taxes again. This included a substantial cut in corporate tax rates.  A large part of the cash raised by corporations from the corporate tax cuts was used to buy back their own stocks.  This reduced the number of total outstanding shares and increased the market value of the remaining shares.   Keep in mind, the deficit increased during that year so one could make the case that the increase in the stock market was funded by deficit spending.  So let's review, the federal deficit went from $5.7 Trillion at the beginning of 2000 to $27. Trillion at the end of 2020. During that time period, we started two wars, increased defense spending, and of course cut revenue or taxes.

So if you supported increased expenses and cutting tax cuts and/or the Nationally elected leaders that implemented these policies, inflation is in part your fault, and mine.  Though I thought the tax cuts were poor long-term economic policy, I accepted the tax cuts which personally benefited me.

How about the pandemic as a cause of inflation.  In May 2006 of the Bush Administration, Homeland Security Council prepared "National Strategy for Pandemic Influenza Implementation Plan".  The Obama Administration in 2014 pushed for a bill to combat pandemics in the future, but it was rejected by Congress.  The Obama Administration also developed a "playbook" to respond to a pandemic.  In 2018 the Trump Administration disbanded NSC committee charged with preparing for a pandemic.  Finally, In 2016, Dr. Peter Hotez, co-director of the Texas Children’s Hospital’s Center for Vaccine Development in Houston, and his team of researchers had developed a vaccine to protect against a deadly strain of coronavirus, but could not get funding for testing.

If you supported Nationally elected leaders who did not recognize the well-known threat of a pandemic years before it happened, inflation is in part your fault.

When I went to college in the early 1970s, working 1,000 hours a year for the then federal minimum wage of $1.60 would have paid tuition, room, and board at a state university in Minnesota.  Today, working 1,000 hours for a minimum wage of $7.25 would not cover rent in many places.  I would suggest we are not so much having wage inflation as a return to a similar buying power as existed years ago.  If you supported policies that reduced the buying power of the federal minimum wage, inflation is partly your fault.

I could go on, but the reality is the causes of inflation are complicated, however, any individual, commentator, or Nationally elected leader who blames inflation on the current Administration, belongs in the most shallow end of the wading pool.  I would suggest it has been building for years and we all have some responsibility.  And though I may be wrong, I suspect higher inflation averages may be around a while.  But as long as you invest appropriately and/or work in sectors in which wages keep up with or exceed inflation, you will be fine.