Will Impeachment Affect Markets and Economy? 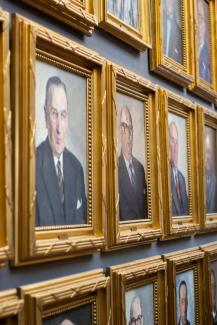 Will Impeachment Affect Markets and Economy?

Will impeachment affect the stock market or economy?

First of all, in the interests of full disclosure, I am an independent moderate.  Never belonged to a political party. Never will.  Historically, my Democrat friends often thought I was a Republican and my Republican friends thought I was a Democrat.  I am neither.

Given the above, let's look at history.  President Nixon because members of his staff and their employees participated in a break-in of the Watergate Hotel to steal documents from the Democratic National Committee along with planting listening devices.  They were caught, one thing led to another, and President was charged with obstruction of justice plus a few more things.  He eventually resigned when his own internal tapes confirmed his guilt.  The stock market was in the midst of a substantial decline and the economy was in a recession.  I doubt either of the above had anything to do with the impeachment.  More likely they had to do with the oil embargo, end of the Vietnam War and other economic events.

President Clinton was impeached by the House of Representatives, though there were several articles, it was essentially because Clinton had a sexual relationship with an intern and then initially denied, but later admitted to the relationship.  Though it was clear President Clinton had initially lied about his relationship with the intern, the Senate acquitted him on all charges in 1999.  In 1998 and 1999 the stock market as measured by the S&P Index, had substantial gains and the economy was growing.  I would suggest the impeachment again had no effect on either the stock market or economic growth.

Which brings us to now.  President Trump is being impeached because he applied political pressure on a leader of a foreign country including withholding US aid on which the country is dependent to maintain its independence.  It is clear to me the President did this.  Keep in mind I am an Independent and never listen to political leaders or the media outlets which support them.  The House voted to impeach and I expect the Senate will acquit.  The stock market has been increasing and the economy seems to be growing, and the impeachment has not had an effect on either.

For the record, I have been saying for several years the stock market is going to decline, but it has not happened yet, though I expect to be correct eventually.  Also, I am not convinced the economy is doing as well as some outlets suggest, but that is a different story.  I do believe if either or both decline, neither will be related to the impeachment.

It's interesting, at least to me, skimming the headlines last week, the impeachment was not in the top two of the most important news events in my estimation.  Again, I do not listen to what is commonly called cable TV news programs and talk radio.  Every day, I do review several news webpages reviewing headlines.  When I find something which I believe is both pertinent and of interest, read it.  If I believe the article has a bias, I will "Google" the story and look for several different articles from different sources.

Two that caught my eye took my place at the Devos World Economic Forum.

Later this winter, I am scheduled to give a presentation entitled "Long Term Trends Which May Affect Your Retirement."  Of the trends, I have identified, none will be the impeachment.