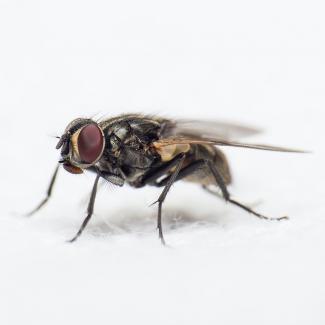 We like labels, and sometimes they are helpful. For example, we label some foods as fruits and some as vegetables.  Except for tomatoes, are they area fruit or a vegetable.  They are considered a fruit because they have a ripened flowery ovary and contain seeds.  But they are considered vegetables by nutritionists.  In fact, in 1893 the Supreme Court ruled tomatoes are a vegetable.  It's all very confusing

Labels are especially used during the political season.  Often one hears someone labeled as a left-wing liberal or a right-wing conservative.  Whenever I hear this, I wonder, where are the wings.  Or maybe they only have one wing. That would lead to flying in circles which does a explain a lot.  Also, why do they get wings and not the rest of us? Wings would really come in handy.  I have noticed a number of politicians who leave very quickly whenever confronted with a difficult situation or even a hard question. Maybe they have invisible wings that let them make a quick getaway.

A friend was recently telling me his political opinions.  He noticed me staring at him and asked "what are you doing"?  I said I was trying to tell if he was leaning to the left or right.  He said what?  I said "are you left-leaning or right-leaning?  Then I asked if he would stand next to a wall with his back against the wall. I said it would be easier to tell if he was leaning left or right.  That's when he told me he was going to find a new and better friend.

I rarely listen to political attack ads.  Primarily because it seems to me that most attack ads are geared to individuals with IQ's in the single digits or less.  However, during the political season, they are hard to avoid.  And frankly, some are very funny.  I do not think the ad sponsor is trying to be funny, but often they are.  My favorite this year is an ad that refers to a liberal mob.  I lay awake at night wondering what a liberal mob would look like. All I can come up with is a bunch of college professors wearing tweed jackets with pipes in the front pocket.  But this is a stereotype, and along with other stereotypes or labels, is neither helpful nor accurate.

The reality is many of us like political labels.  Labels make life easy and simple, but not better.  It's a form of laziness. Labels enable some to call people with whom we disagree names and then label them. But frankly, during this time period, we cannot afford this or their laziness.

As an independent moderate who has never belonged to a political party, a long time ago, rather than listening to politicians and the political parties they represent, I make a list of issues that are important to me and I believe to the country.  Normally there are ten or more.

Two of the most important this year are health care and natural disasters.

Today our country is dealing with a number of tragic and often heartbreaking natural disasters.  The economic costs will be staggering.  Many are surprised, but should we be?  Let me ask you a question.  How many billion-dollar-plus natural disasters took place from 2014-2019?  The answer is 69.  How does that compare with the 1980s and 1990s.  In the 1980s there were a total of 29 52 in the1990s.  By comparison, the entire decade from 2010-2019 had 119 separate billion-dollar or more natural disasters.

When it comes to natural disasters, I would suggest our country can no longer afford state and national leaders and their followers who have only one wing or lean one way or another.   We need state and National leaders who have a vision of coordinated federal, state, and local plans for dealing with natural disasters and the ability to implement the plans.  When a candidate talks about the economy and does not list a detailed plan for addressing the increasing cost of natural disasters, I would suggest the candidate has no understanding of today or tomorrow.  Because I truly believe our economic future is in part tied to our ability as a country to plan for and respond to natural disasters.

We do have options.  The increased use of AI/Automation is one.  There are more, however, all these options will take investment and long-term planning.  But the potential return in the form of reducing the costs, both human and economic, greatly exceed the cost.  An important additional benefit is if properly implemented, this investment can and will provide jobs in both the public and private sectors.

When it comes to natural disasters and other challenges facing our country, we have the resources, aptitude, and drive to meet them.  But first, we have to accept, labels and the individuals who use them, will not help us.