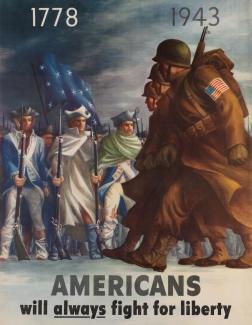 I was very recently traveling from Portland to Tucson with connecting flight in Seattle.  Waiting to board in Seattle, I noticed an elderly gentleman in a wheel chair.  I asked him how we was doing?  He replied "fantastic!"  I said thats great.

We boarded and he ended up sitting a couple of rows in front of me.  Before we left the gate, I noticed the pilot come over and visit with him for awhile.  Then the pilot stood up and announced to all of us we have a hero on board.  The gentlemen was 100 years old and fought in WWII.  He received a well deserved round of applause from all the passengers.

I saw him a bit later and thought to myself I hope I look that good next year.

Recently I finished streaming "Band of Brothers" which is based on the book of the same same name written by Stephen Ambrose.  If you are not familiar, it is based on the true story of the Easy Company, 506th Parachute Infantry Regiment, 101st Airborne Division, US Army which parachuted into France behind enemy lines and then fought all the way across Europe.  It is riveting, thoughtful and unbelievably brutal at times.

Now I am streaming "The Pacific" which is based on the memoirs of four different Marines who fought across the Pacific.  Equally riveting, thoughtful and brutal.

The main characters are all based on the lives of the actual soldiers who fought in Europe and the Pacific.  If you have not done so, i would highly recommend both.  I waited for years to watch them because I did not get around to ordering this streaming service until recently.

Towards the end of "Band of Brothers", one episode is based on finding a Nazi concentration camp and after the guards had just left.  The pictures and graphics of the Holocaust are absolutely real and if you do not tear up, you never will.

Recently a member of Congress compared the current President to Hitler and an individual running for Governor compared the lock down during the pandemic to Nazi Germany.  I was outraged by these two and others who have made this comparison.  I was also very sad, more tears.  Their lack of knowledge about the build up to WWII, the atrocities of war, and the concentration camps in both Europe and the Pacific is appalling.

How did our country in slightly over 70 years going from saving the world to pretending our current political situation is anything like that time period.  When did we start electing politicians who are so ignorant and insensitive to that time period and its millions upon millions of victims.

Only someone with an IQ less than a pet rock, would compare the Holocaust to wearing masks and other mandates related to the pandemic.

After the defeat of Germany and the end of WWII, the German Lutheran Theologian Martin Niemöller the war said this:

In today's world, Niemöller's quote might be something like this:  First they came for the LGBT community, then they came for women's rights, then they came for voting rights and with no evidence rejecting the results of a valid and accurate election.  Then I went to vote and found out it neither matter or counted.

During WWII we fought external evils, Germany, Italy and Japan.  The people were not bad, but their leaders were and led them down a path of destruction.  Today we fight an internal evil.  This evil, like cancer, has been growing for sometime, but only until the former President Trump gave it a face and voice did it really take off.

Just like the brave men and women who stood up to evil during WWII, we have to stand up to this internal evil.  Regardless if you are a Democrat, Republican, or Independent Moderate like me, each of us has a responsibility to stand up to this evil.  One way, in a very public manner, is to state that you will never vote for anyone who does not accept the results of the last Presidential Election and January 6th was in fact, an insurrection and an attack on our democracy.

Another is to promote civil discourse and try to educate those about the facts of WWII and/or the the recent election and January 6th.

If you want your children and grandchildren, especially your daughters and granddaughters to live in a free country, you must stand up for it today.